Barack Obama vowed to close Guantanamo Bay before he left office. He didn’t, but he did manage to almost empty the prison, freeing over 100 terrorists. But things are changing now and something just happened at Guantanamo Bay that sends a powerful message to terror groups around the world: Donald Trump’s picture was just hung at Gitmo[1]. 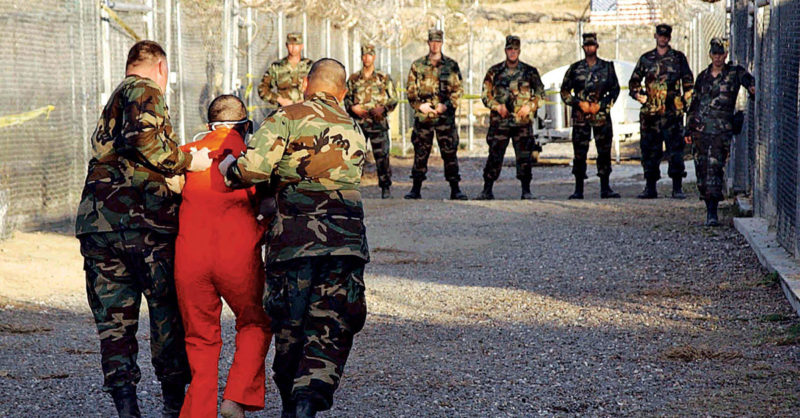 Whenever there is a new Commander-in-Chief, United States military bases dutifully take down the old president’s picture and put one up of the new president. That’s just happened at Gitmo.

It may be standard operating procedure, but it also is another sign to terrorists that the soft Obama administration is gone and a tougher administration has taken its place. The photo sends the message that things have changed… and Trump won’t be releasing terrorists anymore.

@carolrosenberg[6] @RennaW[7] -I hope every terrorist sees the photo. Things have changed

Already, Secretary of State James Mattis has taken decisive action against ISIS, launching air strikes that devastated the terrorist group and possibly took out one of their top leaders. For the first time in eight years, the country might actually become safer and terrorists might actually begin to fear us again.