BORDER WALL ANNOUNCEMENT: And So It BEGINS… [VIDEO]

You can say that the southern border wall that has been thrown around since last year was one of President Donald Trump’s major campaign promises. There’s a breakthrough now. As it turns out, the Department of Homeland Security Secretary John Kelly has stated that construction of the wall[1] can be here as early as late spring/early summer.

Kelly spoke on the importance of border security. He and Attorney General Jeff Sessions appeared on Fox News Thursday while they were on a trip to the southern border and Kelly covered the state of border security in the country. 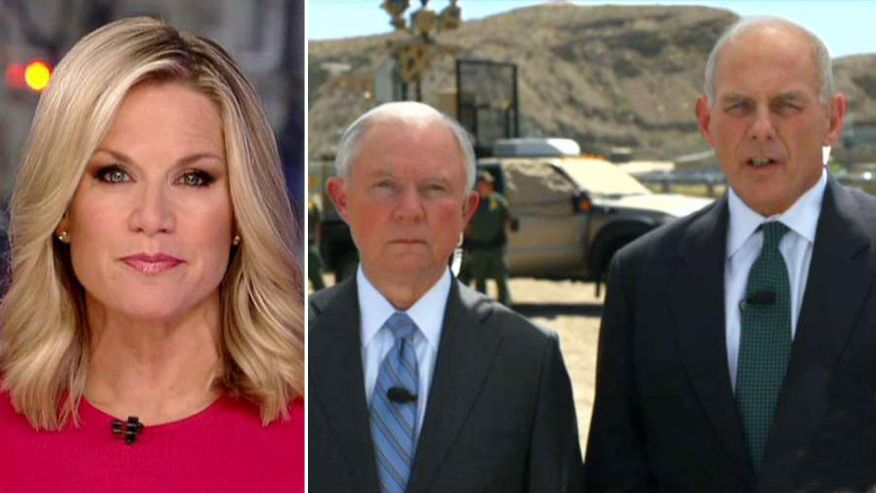 The Washington Free Beacon has the story[3]:

“The DHS chief first said many reforms have been implemented and that illegal border crossings were down 70 percent in the past couple of months. He noted that Border Patrol personnel in the sector where the two Cabinet members were touring said the fencing in place there has been “remarkably effective in keeping down the amount of illegal movement across the two borders.”

He sets the date. Fox News host Martha MacCallum asked Kelly when Americans can be expected to see the work begin , so he went ahead and revealed it: “I think by late spring, early summer, we’ll have some prototypes and then we’ll be able to move forward by into the summer.”

“Kelly said that around 100 companies are beginning to put prototypes together for Homeland Security and that they would be reviewing them soon. He added that construction should begin by the summer.”

“Kelly also said the process of contracting with the federal government is too complicated and hampering the process.”

In John Hawkins’ new book ‘101 Things All Young Adults Should Know’[5], he teaches in chapter 21 that “Right or wrong, good or bad, the more you achieve, the more criticism you will receive.”

Ain’t that the truth when it comes to the success of the Trump administration?