This is low even for the Boston Globe.[1] They came out with fake headlines smearing Donald Trump nine ways from Sunday. I’m not for Trump, but I find this really offensive. You couldn’t tell the fake headlines from the real deal. This is yellow journalism at its worst. It goes on about deportations and trade wars… they love using the word ‘riots’ in their spread. It includes naming New Jersey Gov. Chris Christie as attorney general and says Fox News’ Megyn Kelly is tweeting from a bar because she is on a government blacklist, according to POLITICO. Really guys? You don’t have anything better to cover than disparaging a Republican candidate? What about reporting the news? And they wonder why no one reads their rag anymore. 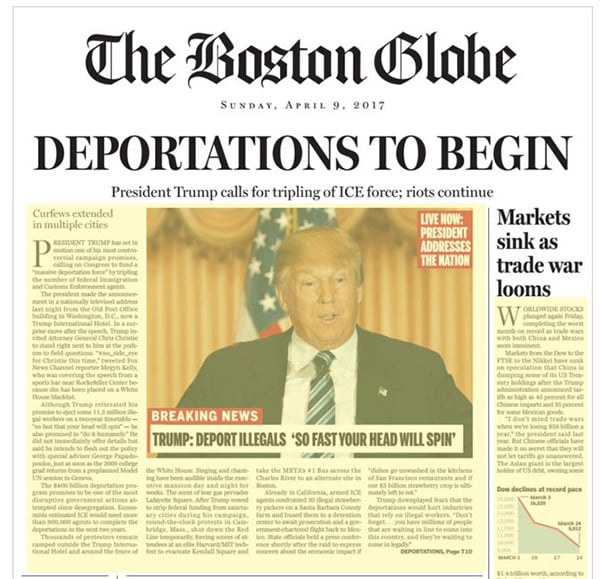 They wonder why newspaper sales are abysmally low.

The Boston Globe abandoned any shred of impartiality and went full bats**t crazy as it published a fake front page inside the paper dated April 9, 2017 with America under a Donald Trump presidency.

The page was splashed with fake headlines like “Deportations to begin, President Trump calls for tripling of ICE force; riots continue.” Like the riots in Baltimore and Ferguson under Obama’s watch?

Here’e their reasoning for publishing the satire: “This is Donald Trump’s America. What you read on this page is what might happen if the GOP frontrunner can put his ideas into practice, his words into action. Many Americans might find this vision appealing, but the Globe’s editorial board finds it deeply troubling,” it wrote. But they are equal opportunity haters, they don’t want Cruz either. What they really want is a die-hard Marxist. “If the party can muster the courage to reject its first-place finisher, rejecting the runner-up should be even easier,” it wrote. Way to turn off millions of readers you idiots. They are promoting Progressives on the right… easier to control by the Marxists on the left: “The Republican Party’s standard deserves to be hoisted by an honorable and decent man, like (Mitt) Romney or (Paul) Ryan, elected on the convention floor. It is better to lose with principle than to accept a dangerous deal from a demagogue,” it wrote. Beware of those who divide and conquer and beware of partisan media that seeks to control elections. 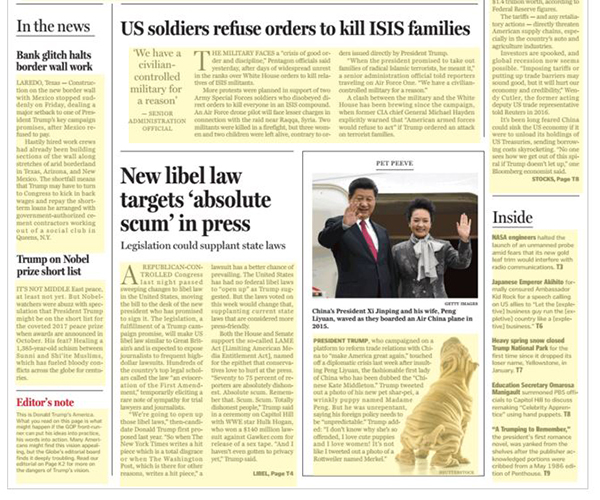 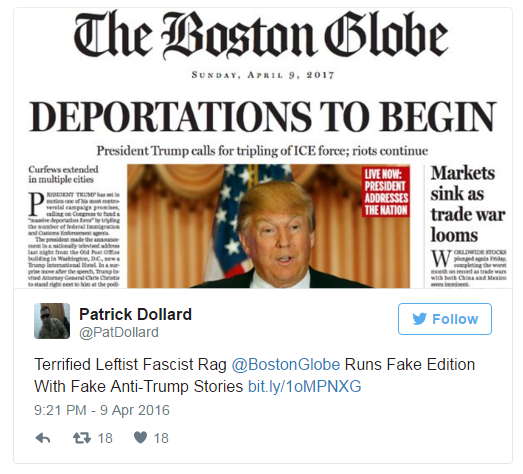 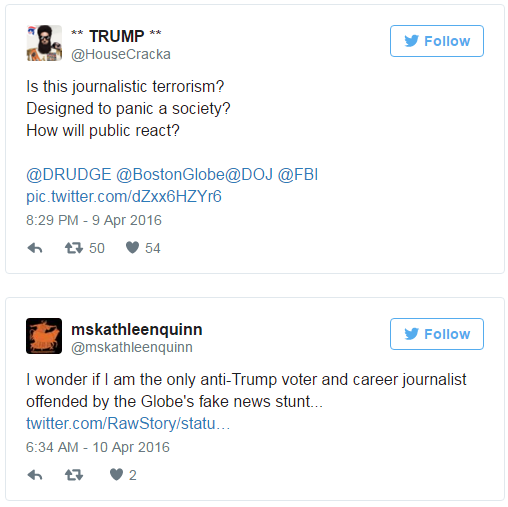 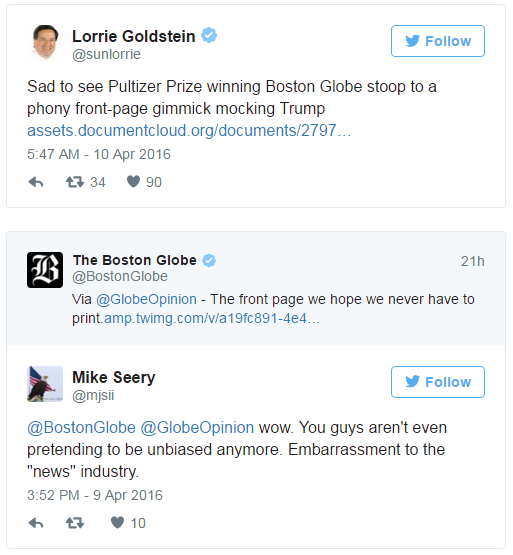 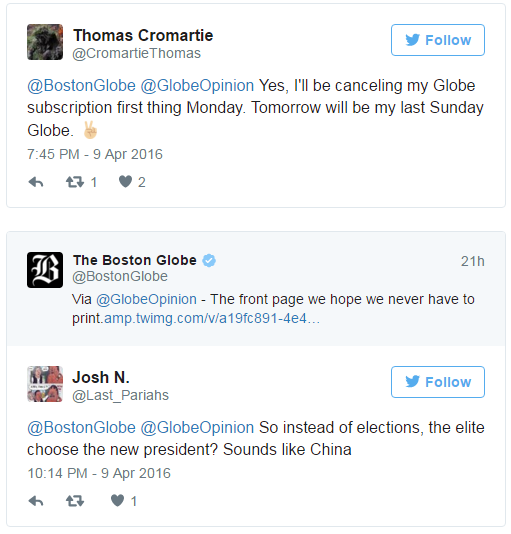