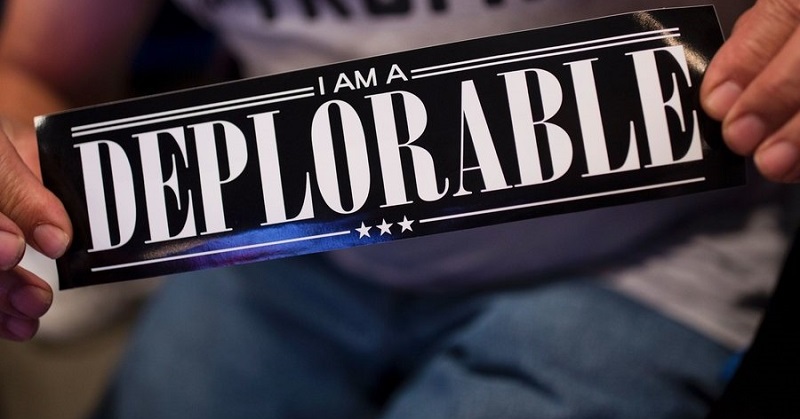 You are probably already familiar with the “DeploraBall.” The name is taken from the quote where Hillary Clinton decides to call all Trump supporters deplorables.

If you missed her awesome quote check it out here:

You know there are only 60 days left to make our case — and don’t get complacent, don’t see the latest outrageous, offensive, inappropriate comment and think well he’s done this time. We are living in a volatile political environment. You know, to just be grossly generalistic, you could put half of Trump’s supporters into what I call the basket of deplorables. Right?

The racist, sexist, homophobic, xenophobic, Islamaphobic — you name it. And unfortunately there are people like that. And he has lifted them up. He has given voice to their websites that used to only have 11,000 people — now how 11 million. He tweets and retweets their offensive hateful mean-spirited rhetoric. Now, some of those folks — they are irredeemable, but thankfully they are not America.

Well, CNN wanted to come to the ball. The response is classic.