Liberals have been eagerly awaiting the testimony of former FBI director James Comey. Essentially, it’s their only chance to get impeachment-worthy material on Trump, but it isn’t going the way they planned.

In fact, the longer this goes on, the more information comes out that appears to vindicate Trump regarding everything from Russia to the “obstruction of justice” claims coming from the left. You just can’t make this up. 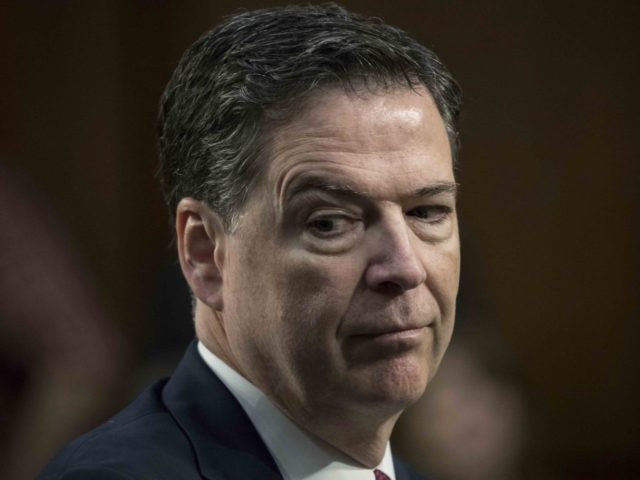 When Idaho Senator Jim Risch began to question Comey, it quickly became apparent that the liberals who were screaming about “obstruction of justice” in the Flynn investigation were not about to get the news they wanted to hear.

“I want to drill right down, as my time is limited, to the most recent dust-up regarding, allegations that the President of the United States obstructed justice,” Risch began. “And, boy, you nailed this down on page five, paragraph three, you put this in quotes. Words matter, you wrote down the words so we can all have the words in front of us now. There’s 28 words that are in quotes, and it says, quote: ‘I hope’ — this is the president speaking — ‘I hope you can see your way clear to letting this go, to letting Flynn go. He is a good guy. I hope you can let this go.’ Now, those are his exact words; is that correct?”

Seems pretty damning, right? Like Trump was attempting to influence the FBI director? About that…

“And you wrote them here and you put them in quotes,” Risch continued.

“Thank you for that. He did not direct you to let it go.”

“Not in his words, no.” BOOM! Do you hear that? That’s the sound of millions of liberal heads exploding.

Comey went on to claim that he “took it as a direction,” attempting to save face, but Risch wasn’t about to let him get away with giving the mainstream media anything they could use against Trump.

Comey: I mean, it’s the President of the United States with me alone, saying, “I hope this.” I took it as this is what he wants me to do. I didn’t obey that, but that’s the way I took it.

Risch: You may have taken it as a direction, but that’s not what he said.

Comey: Those are exact words, correct.

Risch: You don’t know of anyone that’s been charged for hoping something?

I think that’s a mic-drop.