BREAKING: Decision By Senate On Rex Tillerson Has Been CONFIRMED!

Senate Democrats have been intentionally dragging their feet in the confirmation process to make Trump’s first few days/weeks as President as difficult as possible. They think that by refusing to confirm his nominees in a timely fashion, they are somehow winning.

Real winning, however, is having your opponents forced into doing exactly what you want them to do, no matter how long they delay the inevitable. 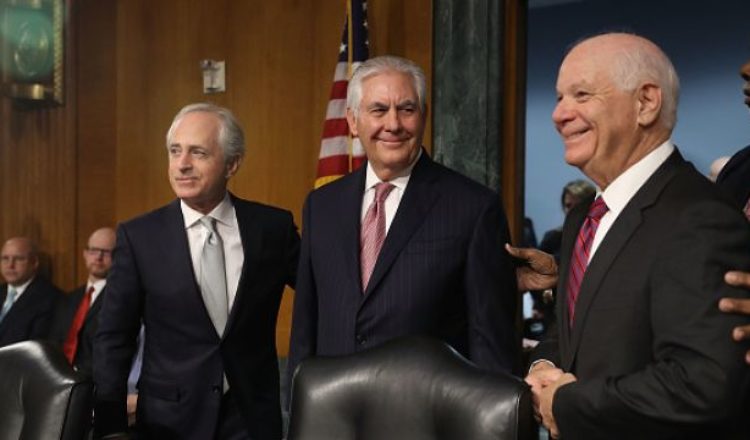 Republicans were on the warpath today.

Democrats to slow down the nominees.

They were not successful.

One of the nominees who Democrats most wanted to defeat was Rex Tillerson.

Tillerson had been painted as too close to Russia by Democrats, with no governmental experience.

The Senate on Wednesday approved Rex Tillerson to lead President Trump’s State Department, despite a late effort by Democrats to slow down the nomination.

Tillerson was approved in a 56-43 vote. Though Democrats largely lined up against Tillerson, he got some Democratic support.

HA! Congratulations to Trump and Tillerson for the successful confirmation. Now we can get to work making the rest of the world great again as well!