Judge Anthony Trenga[1], a federal judge in Virginia, has ruled that President Trump’s executive order banning travel from six Muslim-majority countries should stand and is valid. This is in direct contrast to judges in Hawaii, Washington and Maryland who have blocked the order. What this means is the issue has now been ruled on in multiple districts with opposing results and it will now make its way to the Supreme Court for adjudication.

Judge Trenga has said in his ruling that President Trump has the authority to restrict or bar physical entry into the United States. He has also said that the executive order does not mention religion and protects Americans from terrorist attacks. He said that rhetoric on the campaign trail should not be held against the President and that the order is valid. It is not discriminatory as a Palestinian activist has claimed.

Judge Anthony Trenga, who was appointed by former President George W. Bush, said in his 32-page ruling that Trump was legally allowed to ban travel from those specific countries and that the executive order was not discriminatory in nature as the Palestinian activist who filed the lawsuit requesting an injunction had suggested.

Trenga wrote that the president “has unqualified authority to bar physical entry to the United States at the border.” He also pointed out that the executive order itself does not mention religion and has a “state secular purpose” of protecting U.S. citizens from terrorist attacks.

The decision comes after federal judges in Hawaii and Maryland both blocked key components of the executive order.

Trenga said that even though Trump used the phrase “Muslim ban” as rhetoric on the campaign trail, it shouldn’t be held against the president with regard to the executive order, as the judge in Hawaii previously suggested.

“[T]he Supreme Court has held that ‘past actions [do not] forever taint any effort on [the government’s] part to deal with the subject matter,’ ” Trenga wrote.

This is very good news for President Trump and I am confident that the Supreme Court will rule in his favor as these powers lie indisputably with the executive branch of government. As Young Conservatives points out, the judge didn’t view Trump’s campaign rhetoric about a “Muslim ban” as being dispositive and did not accord it the weight that Judge Derrick Watson in Hawaii did.

The ruling by Judge Trenga in Virginia is actually a normal interpretation of the law. Law is typically interpreted based on the actual case law involved… not in an interpretation of what a judge thinks someone means or on something that has been said concerning the case. That is considered subjective. You don’t look beyond the intent of the executive order… not past the four corners of the document. The order is clear and specific, therefore should be weighed on its merits, not a judge’s interpretation. It is the purview of the President to set immigration policy, not the courts. Judge Trenga ruled correctly on this matter and so will the Supreme Court. 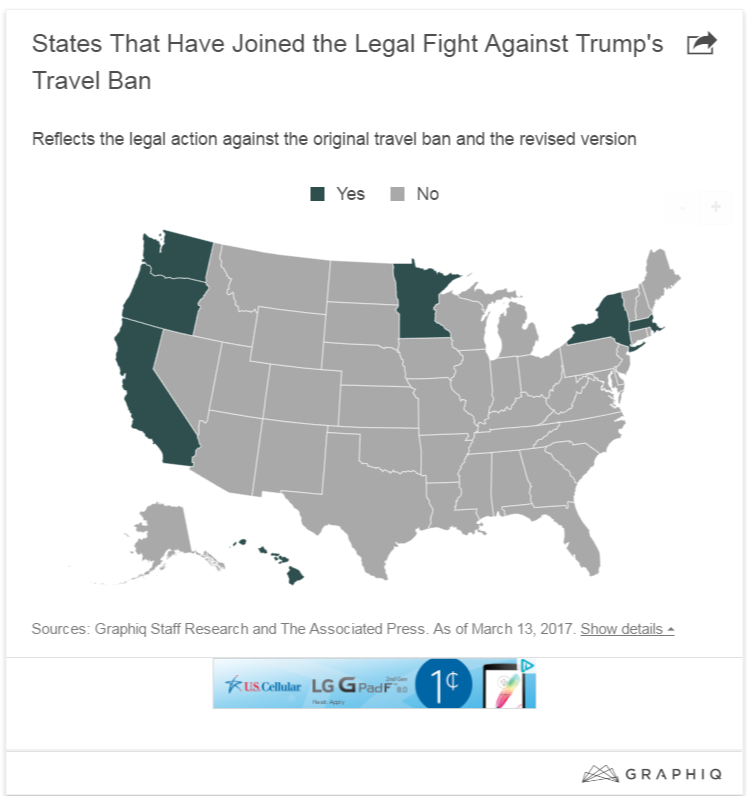