Seriously?[1] Give me a freaking break. I’m not thrilled with Trump’s love of Russia, but this is despicable. Phil Mudd is a counterterrorism hack analyst on CNN these days. But he used to be the deputy former director under… wait for it… Robert Mueller. He claims that because of Trump’s love for Russia, the intel agencies feel betrayed and the U.S. government “is going to kill this guy.” Boy, you’d love everyone to believe that happy crappy wouldn’t you? What a lying, propagandic piece of offal.

The intel agencies are supposed to follow the orders of President Trump, not work against him. Yes, there are those in them and around Trump that want to take him down… or at the very least manipulate and control him. But the agencies are full of leftists thanks to Barack Obama and are in serious need of an enema. Mudd has been a steadfast critic of Trump, calling him a liar and dangerously insane from the beginning. I don’t know why anyone would listen to CNN much less this Marxist, but I don’t believe him. There are many who serve in the intelligence agencies that support Trump. That one, I know for a fact. 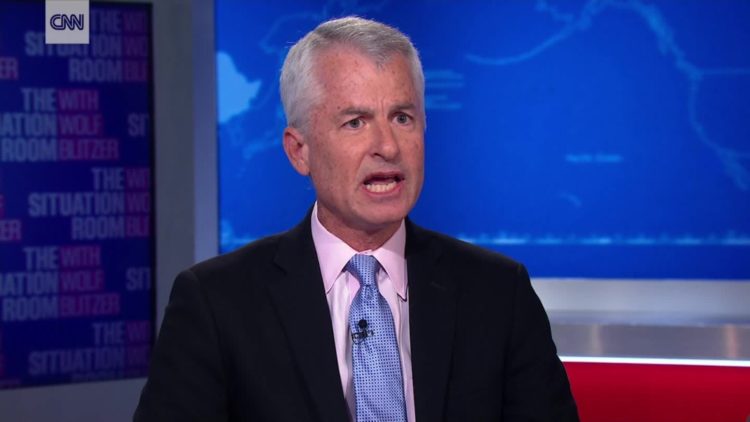 CNN counterterrorism analyst Phil Mudd warned that President Trump is agitating the government, saying during a Thursday afternoon interview with CNN anchor Jake Tapper that the U.S. government “is going to kill this guy.”

“Let me give you one bottom line as a former government official. Government is going to kill this guy,” Mudd, a staunch critic of Trump, said on “The Lead.”

“He defends Vladimir Putin. There are State Department and CIA officers coming home, and at Langley and Foggy Bottom, CIA and State, they’re saying, ‘This is how you defend us?’ ” he continued.

Mudd also broached Trump’s recent announcement of a ban on transgender soldiers in the military as another reason some in the government are turning on him.

Mudd went on to rip President Trump over banning transgenders in the military. Figures. If Mueller is anything like this guy, he’s a real threat. Mudd is claiming that the military is standing against Trump on the transgender mandate. No, they are not. They are readying the implementation of it you asshat.

Then he took off on Paul Manafort and the raiding of his home(s). Manafort is deeply connected to Russia and is not a good guy, no matter what Trump thinks of him. But that does not translate into Trump being in bed with the Russians. There is absolutely no proof of that, which is driving the left nuts.

The leaks within the intelligence community and the White House are coming from leftists and progressives entrenched in the system. This is why Trump should have gotten rid of all of the old guard and replaced them the minute he was elected. He hasn’t and until there is a huge firing of these people, he never will. Many in Washington, including Democrats, expressed concern last week after transcripts of Trump’s phone calls with foreign leaders were leaked to The Washington Post, citing national security concerns. Someone very close to the President is leaking this stuff as those transcripts were done by the White House itself. I suggest a purge and fast. These leaks are indeed a national security threat now. Hacks like Mudd are just trying to stir up even more animosity against the President and muddy the waters here.