I’m of two minds[1] on the Jared Kushner situation. On the one hand, I want to defend him as an international business man who dealt with many people overseas. On the other, he had four meetings with Russians that he did not disclose up front and then blamed on an assistant prematurely filing his security clearance. It seems contrived to me. He denies any collusion with the Russian government during Trump’s campaign. But he did meet with Russian ambassador Sergey Kislyak, who he claims to barely know and that he has an email proving that. It doesn’t look very good at any rate. The media is calling it a bombshell, I call it worth looking into.

Kushner is still behind closed doors testifying in front of a congressional committee. He’ll probably be there another couple of hours answering questions. He released a 3,600 word statement prior to testifying today. Also at issue are two alleged phone calls with the Russian ambassador that Kushner claims he does not remember. I believe Kushner on the meeting with Donald Trump Jr. as it has been stated that he left it after just a few minutes. I don’t have all the evidence, so there is no way to know for sure. One thing I do know is that the left is going to savage Kushner over all this. 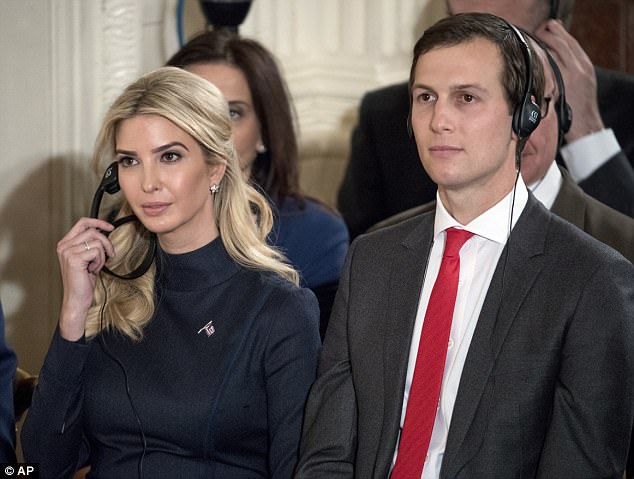 President Donald Trump’s son-in-law admits he was in contact with the Russians four times during the presidential election and transition but denies that he colluded with Vladimir Putin’s government.

Jared Kushner, a senior adviser to the president and who’s married to Trump’s eldest daughter Ivanka, released a 3,600-word statement ahead of his meeting today with congressional investigators probing Russia’s meddling in the 2016 presidential contest.

The bombshell statement acknowledges a meeting with Sergey Kislyak but describes the Russian ambassador as someone he barely knows, and details his participation in an infamous meeting at Trump Tower with a Russian lawyer but says he tried to get out of it.

In a new revelation about talk of setting up direct line of communication with the Kremlin, Kushner says the idea was to communicate with Russian ‘generals’ about Syria, but the idea got abandoned.

Kushner acknowledged exchanging only ‘brief pleasantries’ with Russia’s infamous U.S. ambassador at the Mayflower Hotel in Washington – an event where President Trump spoke.

Russian banker Sergey Gorkov brought as gifts for Kushner art from Nvgorod, Kushner’s ancestral village, as well as ‘a bag of dirt’ in a possible gesture of his family’s daring Holocaust story. Kushner is claiming he has no dealings with Gorkov, who is directly connected to Vladimir Putin, but I have seen documents that say otherwise. There were investments involved and that bank is state-owned. He also never reported meeting with the high-level banker and that doesn’t look good either.

“Any notion that I tried to conceal this meeting or that I took it thinking it was in my capacity as a businessman is false. In fact, I gave my assistant these gifts to formally register them with the transition office,” he wrote. I wonder how many times he’s going to throw his assistant under the bus here. Kushner says Gorkov “told me a little about his bank” and “made some statements about the Russian economy” and said he was “friendly with President Putin.” Kushner wrote that he “expressed the same sentiments I had with other foreign officials I met,” but there were “no specific policies discussed.” Gorkov’s bank has provided a differing account: that the meeting was to discuss potential business opportunities with Kushner. You see, that is what I heard as well, but again… I wasn’t there and I have no way of knowing what is true here.

Kushner may be totally innocent and there may be absolutely nothing here just as there hasn’t been anywhere else. But much like Trump Jr., he gave the appearance of impropriety. It was foolish and naive. Now Congress will determine if it was unethical and illegal. This is just the first interview for Kushner, there will be more. It’s going to be a long, hard slog for the guy. The Democrats have the taste of blood in their mouths and want impeachment. I hope Kushner hangs tough and I wish him luck. 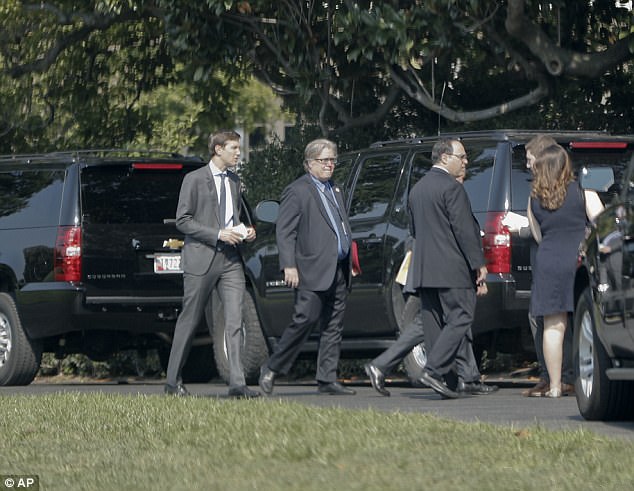