Donald Trump’s controversial travel ban has been struck down multiple times, so he put into place a revised one, which removed Iraq and Syria from the countries that were banned. But that evidently wasn’t enough to placate the opposition — a federal judge just struck down the revised ban[1]. 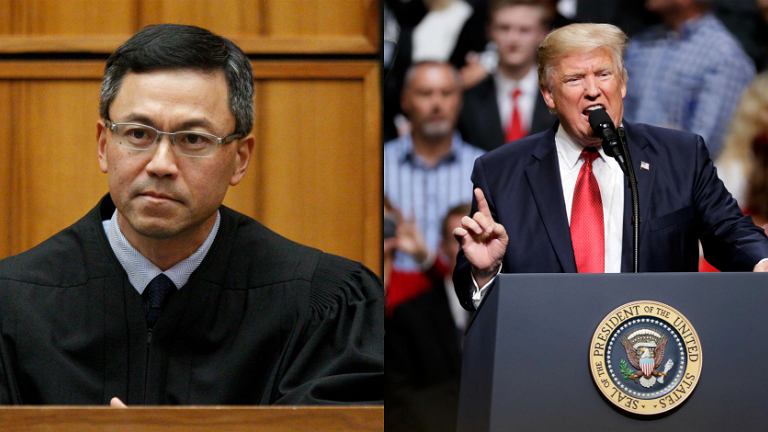 U.S. District Judge Derrick K. Watson of Hawaii temporarily froze the ban after the state filed a lawsuit against the order. The new ban does not allow citizens of Sudan, Syria, Iran, Libya, Somalia and Yemen to enter the United States for 90 days and would have gone into effect at midnight on Wednesday. Doug Chin, Hawaii attorney general, said that the new order was just “dressed up differently.”

“Any time you have an executive order or some government decision that’s calling out people by their nation of origin or by religion, we’ve got to be a check against that,” Chin said. “This order brings back memories for a lot of people here.” Chin was likely referring to the internment of Japanese-Americans during World War II, as Japanese makes up the second largest ethnic group in Hawaii.

Hawaii is within the 9th Circuit Court, known for its liberal slant and so the ban could lose at the apellate level as well. Some have speculated that this is precisely why the suit was brought in Hawaii, as opposed to Texas or another conservative area; it was more likely to be successful there. Still, this is only a temporary decision and whether Trump’s travel ban can withstand the attacks against it is yet to be seen.