The surge across our southern border[1] has been titanic during Obama’s presidency. That is about to come to an end under President Trump. Mexico is certainly not helping in the least. They are being flooded with African refugees. It’s a huge pain to ship them back where they came from, so instead, they are giving them 20 day transit permits so they can make their way to the US border and slip over. They are shoving their problems off on us. That’s not going to work much longer.

We are talking thousands[2] of African immigrants here who are willing to brave hostile jungles and the killing heat of the desert to get here. The Mexican government is actively pushing these illegal African immigrants and supporting them. 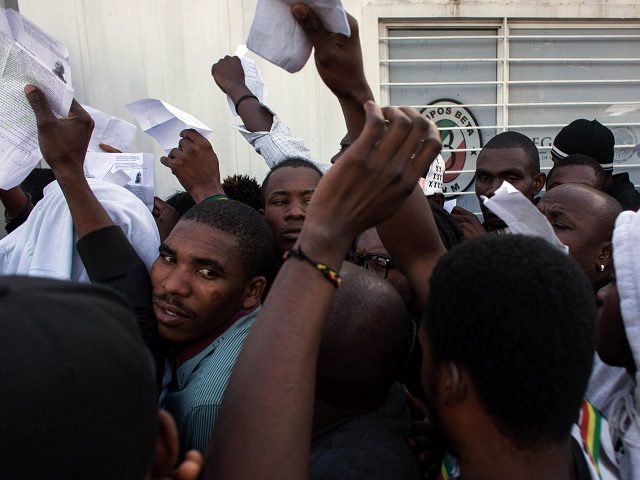 We have seen the southern border crisis take a turn for the worse as immigrants poured into the countr[4]y before President-elect Donald Trump takes office and sets the plans in motion for building a wall. As Europe tightens restrictions on refugees crossing borders, more immigrants have turned their sights to the U.S.

Apparently, that is not enough.

According to Reuters[6], Africans, as well as immigrants from Central America, have been looking to make their way to the U.S. via Tapachula, on Mexico’s southern border with Guatemala.

Because Mexico has few diplomatic ties with African nations, it’s difficult for authorities to deport illegal immigrants from Africa back to their homelands. As a result, the Mexican government, under President Enrique Peña Nieto[7], chose to deal with the situation by giving them temporary transit permits, which gives them 20 days to leave Mexico, according to Reuters.

In practice, this allows the immigrants almost three weeks to make their way north to the U.S. border without being detained by Mexican immigration authorities.

Even while President Peña Nieto was signalling that he would work with President Trump on the border wall and immigration, he was in fact, sabotaging Trump’s efforts and doing all he could to push more illegal immigrants over our border. These refugees are flooding into the Mexican region of Tapachula, which borders Guatemala, in an effort to eventually reach the United States.

The immigrants are streaming into Brazil and then into Mexico. Then they are being passed off to us. President Trump is going to make some serious moves to stop all of this and none too soon. These African refugees/immigrants are sure to have Jihadists among their ranks. This is a national security issue and will be a top priority of the Trump administration. Mexico is not a friend these days and they should be treated as such. 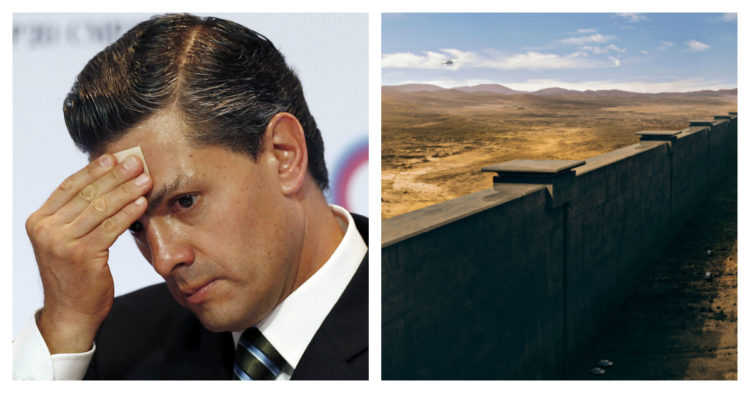