President Donald Trump has announced that he is moving forward with plans to create a commission to fight voter fraud, something that has plagued Republicans for years.

Democrats should be happy about this, as they believe that Russians have interfered in our electoral process and helped Trump win the Presidency, but the odds that they celebrate this idea are very, very low. 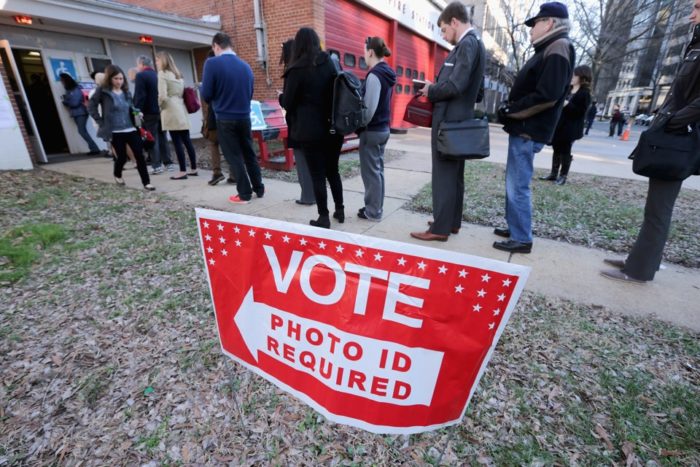 Shortly after taking office, Trump tweeted out plans to tackle the issue of voter fraud around the nation:

I will be asking for a major investigation into VOTER FRAUD, including those registered to vote in two states, those who are illegal and….

even, those registered to vote who are dead (and many for a long time). Depending on results, we will strengthen up voting procedures!

This is going to be a bipartisan effort to strengthen measures that will protect the integrity of our elections and increase confidence in the process. It will also tackle the issue of voter suppression, which is something that Democrats often conflate with efforts to reduce and investigate voter fraud.

Even as a candidate, Trump believed that fraud was a widespread issue that could effectively change the course of elections local and national. Liberals mocked Trump for saying that it was possible voter fraud would be the reason for him losing the 2016 Presidential election.

While many believe that voter fraud is negligible, it won’t hurt to take a deeper look into the issue.

Many investigations conducted by non-federal organizations have revealed that dead people have been “voting[4]” in many elections that have taken place since the date of their deaths. There is also concern that Obama, during his Presidency, encouraged illegal aliens to vote during an interview[5].

“Many of the millennials, Dreamers, undocumented citizens – and I call them citizens because they contribute to this country – are fearful of voting. So if I vote, will Immigration know where I live? Will they come for my family and deport us?”

With all of this information, it can be difficult to determine whether voter fraud is as big of a problem as some believe it is, or if it is a small percentage of overall votes. It can’t hurt to look.