BREAKING NEWS: DOJ Let Russian Lawyer Into US Before She Met With Trump Team [VIDEO]

Frankly, I don’t know what to make of all this.[1] I go back and forth. But I can at least lay out some of the facts I’ve looked at. Back in June of 2016, Donald Trump Jr. met with a Russian attorney named Natalia Veselnitskaya. She originally offered Trump Jr. dirt on Hillary Clinton and he pounced on it. But the meeting ostensibly turned into one about the Magnitsky Act and Russian adoption. Trump Jr. released his email trail on this just before the New York Times was going to a year after the fact. Trump Jr. also fibbed about meeting with any Russians. Both Jared Kushner and Paul Manafort were in the meeting. They say Kushner left after two minutes and Manafort was on his iPad the entire time and left about 30 minutes into the meeting, I believe.

No information was exchanged[2], which is key here. Because that could have been bad news for Donald Trump Jr. You don’t take intel from a hostile foreign government even in a campaign. At first I thought that Trump Jr. must be fibbing about all this. Now, I no longer believe that. I think that since he was not a politician, he was naive concerning the Russians, even though his father has dealt with them a great deal. I now believe this was a setup for several reasons. This woman was let in on a visa by the Obama administration… specifically Loretta Lynch, to defend a Russian businessman over money laundering and real estate deals in New York. She is connected to Democratic Congressman Ronald Dellums. She was lobbying other lawmakers to reverse the Magnitsky Act and restore the ability of Americans to adopt Russian children that Moscow had suspended. So, that rings true on the meeting. 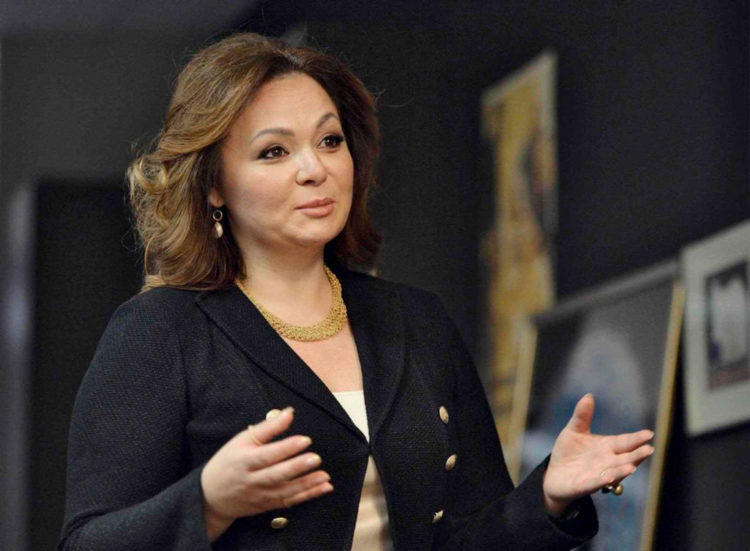 The Russian lawyer who penetrated Donald Trump’s inner circle was initially cleared into the United States by the Justice Department under “extraordinary circumstances” before she embarked on a lobbying campaign last year that ensnared the president’s eldest son, members of Congress, journalists and State Department officials, according to court and Justice Department documents and interviews.

This revelation means it was the Obama Justice Department that enabled the newest and most intriguing figure in the Russia-Trump investigation to enter the country without a visa.

Later, a series of events between an intermediary for the attorney and the Trump campaign ultimately led to the controversy surrounding the president’s eldest son.

She also engaged in a pro-Russia lobbying campaign and attended an event at the Newseum in Washington, D.C. where Russian supporters showed a movie that challenged the underpinnings of the U.S. human rights law known as the Magnitsky Act, which Russian leader Vladimir Putin has reviled and tried to reverse.

Natalia should not have still been in the country when she met with Donald Trump Jr. She had overstayed her visa by six months. I suspect she finagled that meeting with Trump to pressure him on the Magnitsky Act. It would have also benefited the Democrats as they could use that against Trump at a future date. It’s a variant on a honeypot trap. No one seems to know who this woman works for or what her actual motives were. There is an outside chance she is Russian intelligence… if so, she sucks at it.

This woman does not read or write English. She barely speaks it. She was lobbying congressmen on both sides of the political aisle. I have now pretty much reached the conclusion that Donald Trump Jr. was played by this woman and the Democrats. I don’t consider his behavior here ethical, but it certainly wasn’t illegal. I hope that Grassley will investigate everyone involved and find out if Donald Trump Jr. was indeed setup. Especially by the left here. This woman’s Facebook page has anti-Trump stuff on it and she seems very cozy with the Democrats. I’m still withholding final judgement as more facts are sure to surface here… but right now it looks like this was a political setup to me. We’ll see.