President Trump has officially[1] signed new heavy sanctions on Russia. That was the right thing to do. However, it would really not have mattered if he signed it or not, as the bill was veto-proof. I think that President Trump knew that further sanctions on Russia were justified and I don’t believe he is colluding with them in the least. He also did not re-open their diplomatic embassies and they just kicked out 755 American diplomats. Things are tense and with good reason. Russia is not and never will be a friend to the United States.

Kellyanne Conway confirmed on Fox News that Trump signed the sanctions. It really was a foregone conclusion though. The sanctions passed with overwhelming support from both Democrats and Republicans. Many Republicans are now claiming the Cold War is over and we should find common ground with the Russians. No, we should not. The Cold War never ended… it shifted. To think otherwise is very naive. They are a stone cold enemy that is aligned with China, Iran and North Korea. That is not someone we should find ‘common ground’ with. 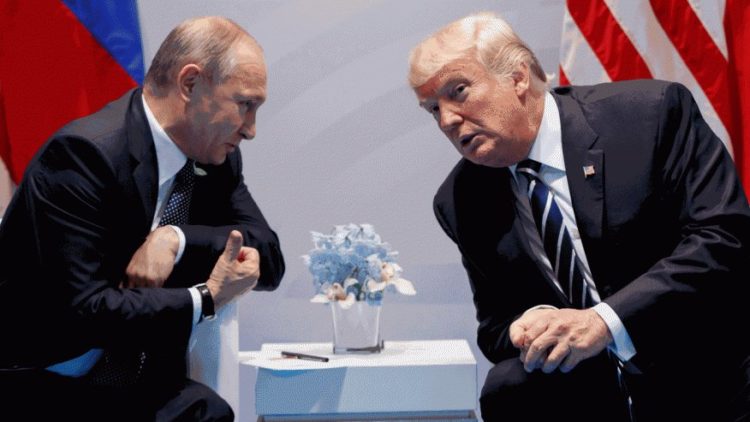 President Donald Trump on Wednesday signed a bill imposing new sanctions on Russia, conceding under pressure from his own party that a warmer relationship with Moscow was not in the country’s best interest.

The legislation is aimed at punishing Moscow for interfering in the 2016 presidential election and for its military aggression in Ukraine and Syria, where the Kremlin has backed President Bashar Assad. It also imposes financial sanctions against Iran and North Korea.

Moscow responded to a White House announcement last week that Trump intended to sign the bill, ordering a reduction in the number of U.S. diplomats in Russia.

The House overwhelmingly backed the bill, 419-3, and the Senate rapidly following their lead on a 98-2 vote. Those overwhelming margins guaranteed that Congress would be able to beat back any attempt by Trump to reject the measure.

Russia didn’t just meddle in the last election. They’ve been doing that for decades. They are also sending scientists to North Korea to train them in nuclear armament. They are using ISIS as a proxy for geopolitics as well. These are not the good guys and never have been. The sanctions that President Trump just signed are also against Iran and North Korea. It’s appropriate and really needed. However, sanctions are not going to prevent war that is coming.

Provisions passed by both sides of the political aisle prevent Trump from softening sanctions against specifically Russia. That is unprecedented and I personally believe, unnecessary. Republicans refused to budge even after the White House complained that the “congressional review” infringed on Trump’s executive authority. The measures will target Russia’s energy sector as part of legislation that prevents Trump from easing sanctions on Moscow without congressional approval. Two White House officials said that the President signed the bill Wednesday morning.