BREAKING: Obama Has Abused Israel for 8 Years – Now Look What Trump Is Doing!

Barack Obama has spent eight years doing everything he can to make Israel weaker, while trying to give legitimacy to Palestinian terrorists. Thankfully, Obama is out of office now and Donald Trump has vowed to be more friendly towards Israel. And he’s just made a decision[1] that shows he’s taking that promise seriously. 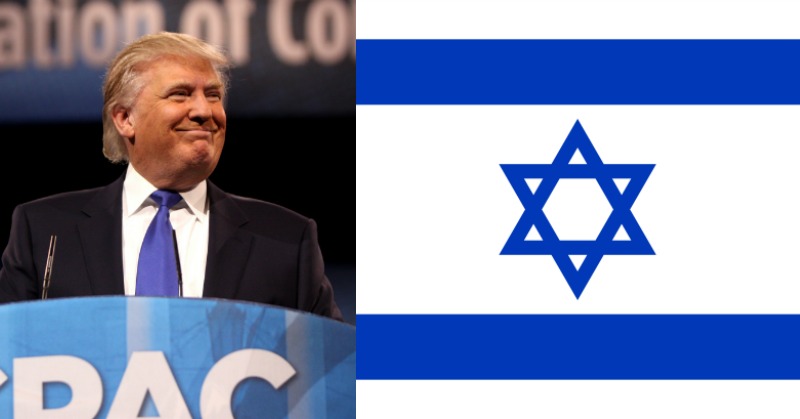 It has been announced that Trump will be moving the United States embassy from Tel Aviv to Jerusalem. 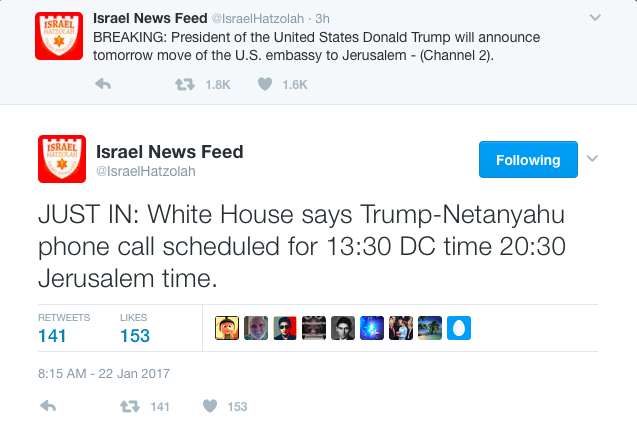 There has not been an official statement made yet, but it seems that we should be getting one soon. 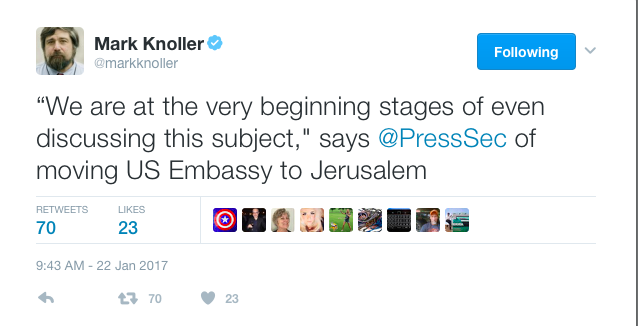 Israeli sources are also reporting about the embassy move: 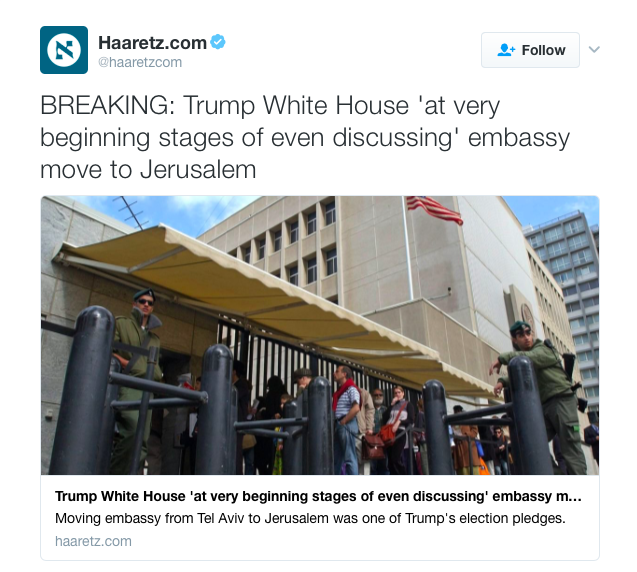 Moving the embassy to Jerusalem is something that has been the official position of the United States for quite some time now, but it has been continually put off over the years. The Obama administration even specifically went out of its way to avoid acknowledgement of Jerusalem as the capital of Israel. But now Trump is president… and he seems to be looking to repair the relationship with Israel that Obama so carelessly fractured.