The White House just released a statement in which Trump announced his new nominee for Secretary of Homeland Security and the liberals aren’t going to be happy about this.

Ms. Kirstjen Nielsen is currently the principal deputy chief of staff at the White House, but apparently President Trump thinks she would be more effective as the Secretary of Homeland Security and has moved to nominate her to that position. 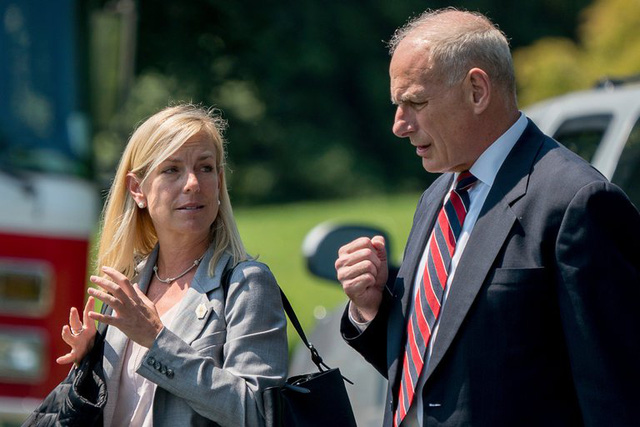 The press release from the White House heaped praise on Ms. Nielsen, who has an extensive history of working with Presidents and has previously worked within the Department of Homeland Security.

“Ms. Nielsen has extensive professional experience in the areas of homeland security policy and strategy, cybersecurity, critical infrastructure, and emergency management,” it reads. “She is the first nominee for this position to have previously worked within the Department of Homeland Security, having served there in two administrations, first as senior legislative policy director for Transportation and Security Administration under President George W. Bush and then as Department of Homeland Security Chief of Staff under President Trump.”

“Before joining the Trump Administration,” it notes, “Ms. Nielsen founded a risk and security management consulting firm. She previously served as Special Assistant to the President and senior director for prevention, preparedness, and response on the White House Homeland Security Council under President George W. Bush, in addition to serving as a corporate attorney and as a congressional staff member.”

Watch the video of Trump announcing Ms. Neilsen as his nominee:

Liberals who think that Trump is sexist are going to have a really hard time explaining how this constitutes sexism, racism, fascism or any other -ism they want to come up with in an attempt to make themselves feel better about Hillary losing the Presidential election.

It’s good to see the President appointing (qualified) women to high-level positions within the government. Not only does it confuse the progressive feminazis who seem to think that everything Trump does is anti-woman, but it also busts up the myth that there are no women in high-level positions. (No, Linda, the reason YOU aren’t in a skilled position is because you majored in women’s studies and now you have a degree in complaining about issues you’re never going to fix.)

The fact that an old, white, Republican is more pro-woman than the woman that the Democrats nominated to be the President of the United States must be driving them up the wall.

Can someone pass the popcorn?