So far[1], what we do know concerning surveillance on Trump and his transition team is limited. It happened for a year before Trump was inaugurated. His people were definitely under surveillance as far as I can tell. There was a FISA warrant and Rice did compile spreadsheets on phone calls and unmask people. Those names were then sent out to a number of people, all of whom could have leaked the names etc. The trick here will be nailing people for a crime and proving that Barack Obama and/or Valerie Jarrett ordered the dirty work. We also need to know who sent what to the Washington Post.

When President Trump was asked if he felt Rice committed a crime, he said yes, he does. I have to say I agree with him on this point. But proving it is something else. Trump’s comments are bold and direct on this, but ask yourself this… if it were you, would you feel any different? I wouldn’t. I totally get how he feels on this. President Trump takes this very, very seriously and he’s not letting it go. Good. 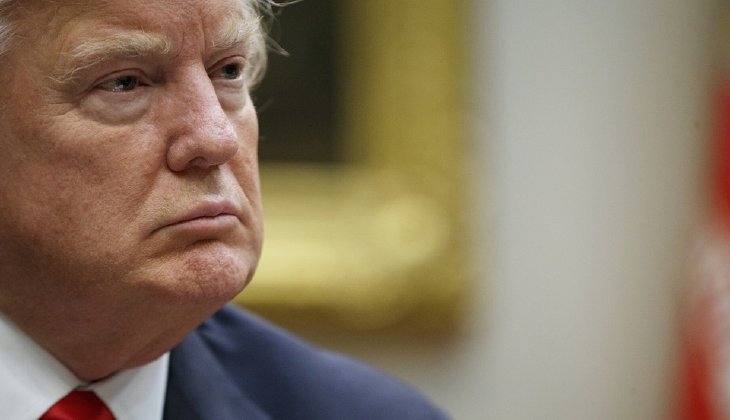 President Trump on Wednesday claimed that former President Barack Obama’s national security adviser Susan Rice may have committed a crime by requesting the identities of Trump associates who were mentioned in U.S. surveillance, though he did not provide proof.

Rice has denied leaking the names of Trump associates and denied she did anything improper.

Asked by The New York Times[4] if Rice committed a crime, Trump said, “Do I think? Yes, I think.”

Trump did not present any evidence to support that claim.

“I think it’s going to be the biggest story,” Trump said. “It’s such an important story for our country and the world. It is one of the big stories of our time.”

Any way you slice this, it was unethical and a blatant abuse of power. The left is coming unglued because they say there is no evidence. I disagree. We know the spreadsheets exist and officials high up in intelligence are now coming forward on all this. It looks to me as if there is a whole lot of evidence to be gathered and deciphered. This really has the potential to be far bigger than Watergate ever was.

This is the same media that has been pushing the Trump/Russia connection for eight months with no evidence whatsoever. Heck, they just make crap up and report it as fact. That’s called lying, y’all. They keep saying people on Trump’s team are going to prison over this, but I have yet to see one concrete bit of evidence that damns anyone yet on the Russia front… evidence that shows the Trump team was guilty of colluding with Russia. Flynn and Manafort are gone… but even there, those individuals were compromised themselves, not as part of the Trump administration. It makes a difference, not that the left cares.

Trump saying the obvious that he feels Rice is guilty is driving them nuts. But frankly, that holds far more promise than the witch hunt by the left over Trump and Russia.