President Donald Trump did what was to be expected for such a ridiculous charge and pardoned Sheriff Joe Arpaio[1] on Friday evening, stating that his record of service to his country has been nothing short of self-sacrificing. 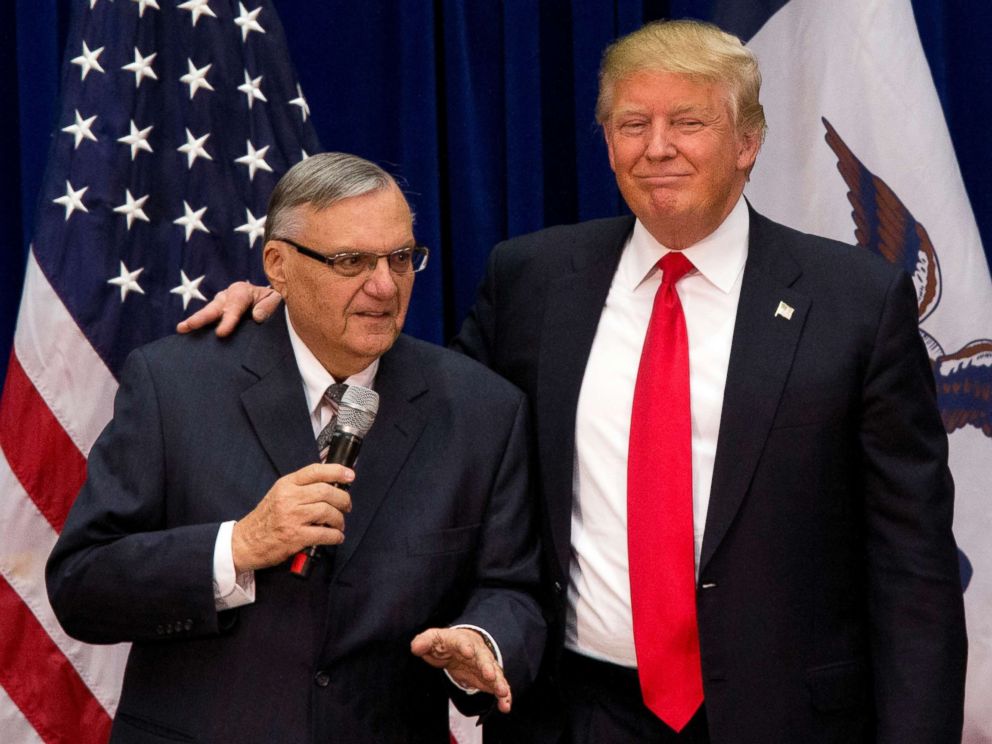 The President read a statement from the White House concerning the service of Arpaio:

“Arpaio’s life and career, which began at the age of 18 when he enlisted in the military after the outbreak of the Korean War, exemplifies selfless public service.”

The now 85 years-old former Sheriff of Mericopa county is considered a leading figure in the fight against illegal immigration on the border, to the point where many see him as a hero who stood up to enforce border security in a time when the media and the left were on a crusade against any who disagreed with their pro-illegal immigrant stance.

Arpaio served in the Army and then joined up as a police officer in Washington DC and Las Vegas and also joined the DEA as a special agent. In 1992, he was voted into office as the Maricopa County Sheriff.

The President’s remarks ended with an official Presidential pardon.

“After more than fifty years of admirable service to our Nation, he is worthy candidate for a Presidential pardon.”

Arpaio was convicted in July 2017 for violating a federal judge’s order to not detain suspected illegal immigrants. He faced up to six months in jail for the conviction and possible fines.

Arpaio endorsed Donald Trump for president in January 2016, as he was campaigning against primary challengers in Iowa.

“I have fought on the front lines to prevent illegal immigration,” Arpaio said when he endorsed Trump. “I know Donald Trump will stand with me and countless Americans to secure our border.”