President Trump released a statement[1] on the Muslim observance of Ramadan, wishing the followers of Allah a happy and joyous holy holiday. But that is not the whole of what Trump said in regards to Ramadan. Far from it. After noting the good things about the religious holiday, he laid into some hardcore truth and a serious warning to those intent on Islamic terrorism. He referred to the slaughter of Coptic Christians in Egypt (many were children) and how that only makes America want to stomp the hell out of ISIS even more.

President Trump covered his recent meeting with more than 50 leaders in the Islamic world while he was in Saudi Arabia. They agreed to step up their efforts to combat extremism there. Those same leaders agreed to work together to ensure “peace, security and prosperity for our countries and for the world.” “I reiterate my message delivered in Riyadh: America will always stand with our partners against terrorism and the ideology that fuels it,” Trump stated. “During this month of Ramadan, let us be resolved to spare no measure so that we may ensure that future generations will be free of this scourge and able to worship and commune in peace.” 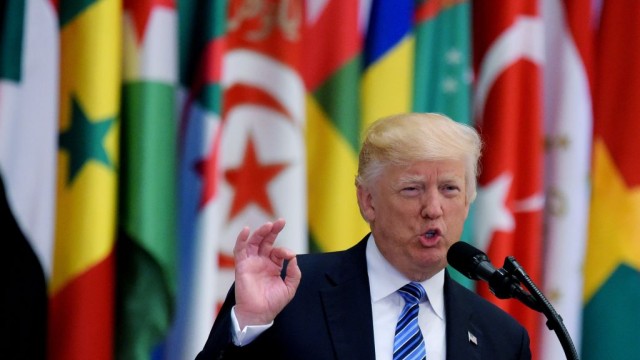 The Muslim observance of Ramadan began Friday for millions of followers of the Islamic faith around the globe, and though it may surprise some who have bought into the media’s lies about him, President Donald Trump released a statement[3] wishing a happy and joyous Ramadan to all who celebrate.

However, the statement was not all rainbows and unicorns like Ramadan statements from prior White House occupants. Trump also called out those within the Islamic faith — both moderate and radical alike — whose ideology permits and encourages acts of terrorism[4] in the name of their faith.

First noting the good aspects of Ramadan, Trump stated, “At its core, the spirit of Ramadan strengthens awareness of our shared obligation to reject violence, to pursue peace and to give to those in need who are suffering from poverty or conflict.”

However, that was immediately followed by the blunt truth[5] and a warning to those who commit or refuse to condemn terrorist acts.

“This year, the holiday begins as the world mourns the innocent victims of barbaric terrorist attacks in the United Kingdom[6] and Egypt[7], acts of depravity that are directly contrary to the spirit of Ramadan,” Trump stated. “Such acts only steel our resolve to defeat the terrorists and their perverted ideology.”

Trump ended his speech wishing Muslims a happy and blessed Ramadan, saying, “May God bless you and your families.” You certainly didn’t hear strong warnings to Islamists like this during the Obama years where Obama encouraged Jihadists and protected all things Muslim. While being diplomatic, Trump noted the dire circumstances civilization now faces because of radical Islam.

I would hope that Trump does indeed stand by his words. I know General Mattis is gearing up to send a whole bunch of Jihadists straight to hell where they belong. Whether the Middle East comes together and fights these demons is yet to be seen. Don’t be fooled by the well wishes from the White House on Ramadan… read their words carefully and watch their actions. There will be no Ramadan celebration at the State Department this year… the first time in almost 20 years. We finally have a White House that recognizes we are at war with radical Islam. Muslims would do well to listen closely to exactly what President Trump is saying here. 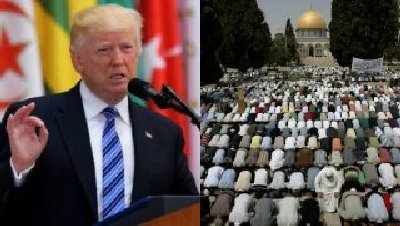