BREAKING: Shocking Discovery Made At Border By Feds – Trump Has Been HEARD!

So, it turns out that Trump’s anti-illegal immigration rhetoric is not just being heard in the United States, but also across the border.

Feds are now reporting that there has been a drastic decline in illegals seen crossing the border. 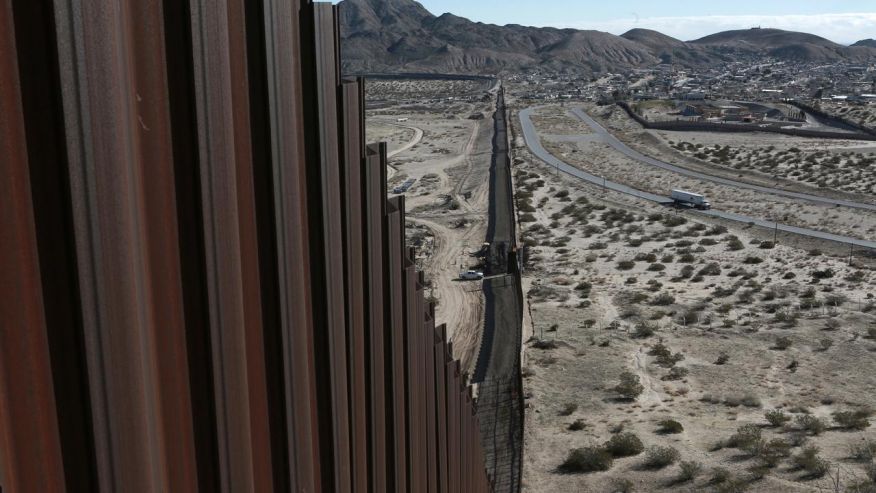 Enforcing the law makes a difference, Homeland Security Secretary John Kelly[3] said Wednesday as he pointed to the dramatic drop in the numbers of illegal immigrants caught trying to enter the United States.

The U.S. Customs and Border Patrol reported that the number of illegal border crossings dropped roughly 40 percent from 31,578 in January to 18,762 in February.

Kelly said the drop is even more noteworthy because it runs counter to the traditional 10 to 20 percent increase from January to February.

One expert said there is no question that the actions taken by President Donald Trump to beef up immigration enforcement are having an effect.

Trump, who has approved building a wall to seal of portions of the U.S. southern border with Mexico, has also signed an executive order increasing border security, toughening the rules for deporting illegal immigrants.

“Deterrence[4] through perception is central to these executive orders,” said Faye Hipsman, a policy analyst at the Migration Policy Institute. “Even floating the possibility of expanding detention at the border makes somebody less likely to come.”

Kelly echoed that point in releasing the latest numbers.

“Since the Administration’s implementation of Executive Orders to enforce immigration laws, apprehensions and inadmissible activity is trending toward the lowest monthly total in at least the last five years,” he said.

Shocking, I know, but it turns out that actually enforcing the laws we have on the books is a great way to prevent people from wanting to break the law. Yes, I know laws don’t stop crimes from happening, but if you know that you have a higher chance of getting caught, you’re going to think twice unless you’re certifiable.