President Trump has officially declared Obamacare a “dead healthcare plan” during a meeting with Republican members of Congress.

He also took several shots at the media for what he claimed to be their dishonest reporting of Obamacare. The mainstream outlets aren’t telling you exactly how bad things look for Obama’s signature legislation, but Trump will. 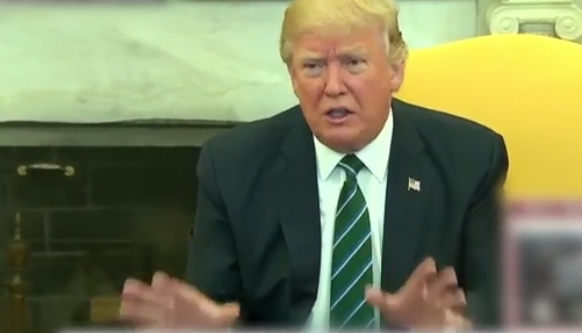 “I want people to know — Obamacare is dead,” the president said during a meeting with Republican members of congress.

Trump took aim at the media for what he considers to be inaccurate reporting on Obamacare.

“Only because everyone knows it’s on its last dying feet, the fake news is trying to say good things about it — the fake media,” he added. “There is no good news about Obamacare. Obamacare is dead.”

Trump mentioned remarks made by Minnesota’s Democratic Gov. Mark Dayton, who said in October[3] that Obamacare is “no longer affordable to increasing numbers of people.”

Dayton is “a good Democrat — he wanted Obamacare. He said it’s no longer affordable,” the president said.

“Obamacare is not an alternative. It’s not there — it’s dead,” Trump added.

Trump hosted a meeting in the Oval Office Friday with the 13 members of the conservative Republican Study Committee to address their concerns with the House GOP’s Obamacare replacement plan.

He’s absolutely right, Obamacare has been a disaster since its inception and has done nothing to actually help the majority of Americans. The government shouldn’t be involved in healthcare at all and at least we finally have a President who is trying to set things right, even if I don’t agree on everything he’s done.