As threats continue to grow in the Middle East, it has fallen to Donald Trump to find ways to build stability in the Middle East. This is not only due to the rise of ISIS, but also to combat increasing aggression from Iran as well. And a new deal that Trump just signed with Saudi Arabia[1] will hopefully help stabilize the region. 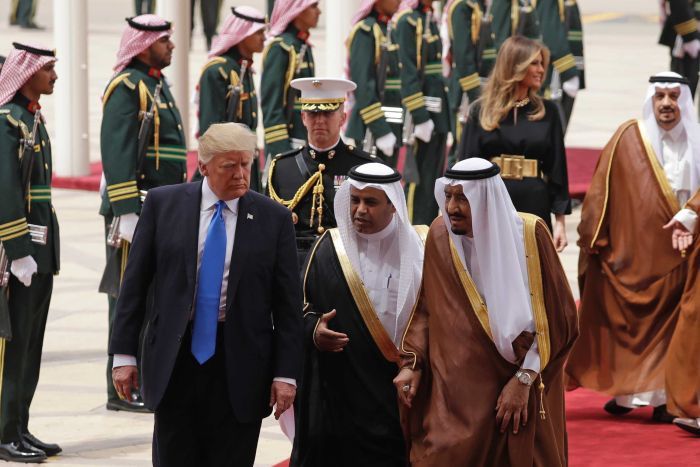 The White House also applauded the deal in a newly-released statement.

“This package of defense equipment and services support the long-term security of Saudi Arabia and the Gulf region in the face of Iranian threats, while also bolstering the Kingdom’s ability to contribute to counter terrorism operations across the region, reducing the burden on the U.S. military to conduct those operations,” the statement read. “This package demonstrates, in the clearest terms possible, the United States commitment to our partnership with Saudi Arabia and our Gulf partners, while also expanding opportunities for American companies in the region, and supporting tens of thousands of new jobs in the U.S. defense industrial base.”

Great to be in Riyadh, Saudi Arabia. Looking forward to the afternoon and evening ahead. #POTUSAbroad[4] pic.twitter.com/JJOra0KfyR[10]

Do you support Trump’s deal with Saudi Arabia?