BREAKING: Trump Learned What Obama Was Spending $300 Million On In Afghanistan – SHUTS IT DOWN!

You can kiss your hard earned taxpayer dollars goodbye as they were being blatantly wasted paying for the salaries of non-existent “ghost”[1] soldiers and policemen who were believed to be in Afghanistan. Who implemented this wasteful shame? None other than the Obama administration.

Now that has ended.

John Sopko is a special inspector general for Afghanistan reconstruction who explained what had been going on in an interview with Sharyl Attkinson. What was raised as the ongoing difficulty may have been even worse than anyone anticipated. 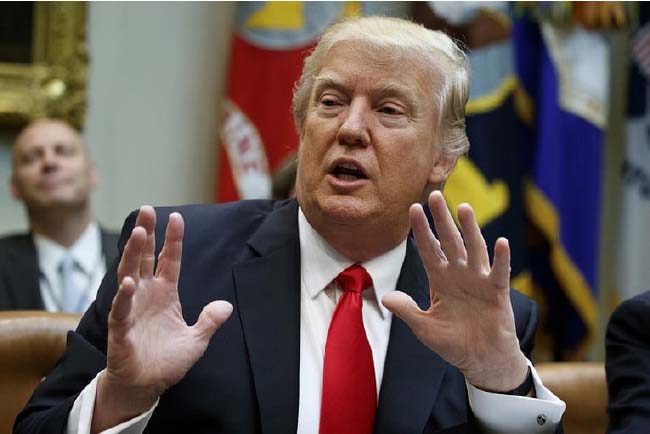 “We’ve been raising this concern about ghosts going back a number of years. Actually I want to say we heard about it from (Afghan President) Ashraf Ghani years ago, before he became president, he warned me about ‘ghosts,’ so we started looking three years ago.”

“What we’re talking about are policemen, Afghan policemen, Afghan military, Afghan civil servants who don’t exist or they have multiple identity cards and we’re paying their salaries. By ‘we’ I mean the United States and the international community. And we started finding out that we had no capacity to measure the number of soldiers, teachers, doctors, military people who we are paying their salaries.”

The figures were ran and the amount of money that was funneled into a non-existent program was around $300 million.

Then the question became whether or not this was a serious sign of fraud, Sopko gave this:

“Major fraud. And what’s happening is the commanders or generals or other higher officials are actually pocketing the salaries of the ghosts.”

Sopko went ahead and warned the Pentagon on many occasions as to what he had found back in 2016, but no one actually cared and no one addressed the issue by the administration of President Barack Obama.

I think it is safe to say that Obama and Michelle, within the next coming years, will be exposed for the charlatans that they are and history will view them for what they really were – corrupt liars.