Very smart.[1] The Trump administration is going to share with congressional investigators information that proves that the Obama administration incidentally intercepted communications from the members of Trump’s team. They are going to be transparent and lay them out for all of them to review. Nunes evidently received his information from two White House aides. The information is not related to the Russia investigations which makes it even more damning for Obama.

Nunes met with his sources on the White House grounds because it was a secure location. Since they were viewing classified information, that makes total sense regardless of how the media spins it. On Thursday, Sean Spicer announced: “We have and will invite the Senate and House ranking members and chairmen up to the White House to view that material in accordance with their schedule.” That certainly throws a wrench into the meme from the left. 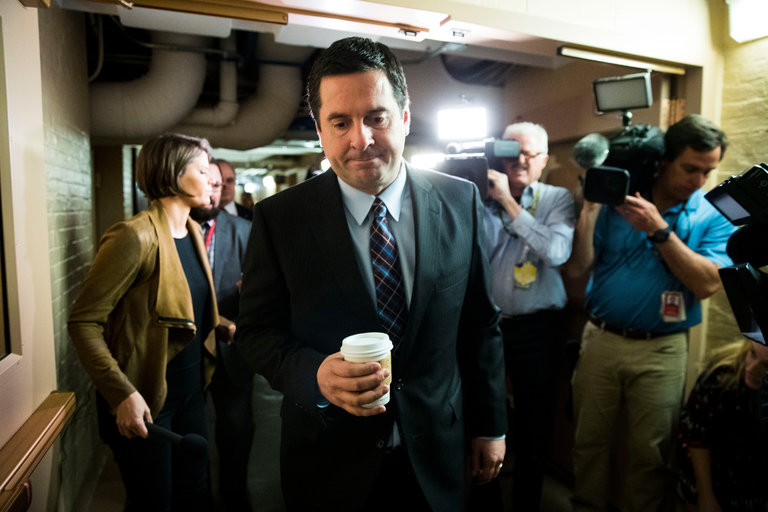 On Thursday, the White House announced that it would be sharing information with congressional investigators that showed that the Obama administration may have incidentally intercepted communications from members of the Trump transition team.

The announcement came the same day that The New York Times[3] revealed that House Intelligence Committee chairman Rep. Devin Nunes[4] of California received his information about the surveillance from two White House aides.

“The officials’ description of the intelligence is in line with Mr. Nunes’s characterization of the material, which he said was not related to the Russia investigations when he first disclosed its existence,” The Times reported.

According to The Times, Nunes says that “he met his source on the grounds of the White House. He said he needed a secure location where people with security clearances could legally view classified information, though such facilities could also be found in the Capitol building and at other locations across Washington.”

The afternoon of the day that article appeared, the White House announced that members of the House and Senate intelligence committees would be able to view those selfsame documents.

On Thursday afternoon, White House press secretary Sean Spicer told reporters[5] “a letter was transmitted just recently to the ranking member and chairmen of the House and Senate Intelligence Committees that said, ‘In the ordinary course of business, national security staff discovered documents that we believe are in response to your March 15, 2017, letter to the intelligence community seeking ‘documents necessary to determine whether information collected on U.S. persons was mishandled and leaked.”

The Dems have smeared the information and evidence as half-truths. By getting out ahead of this, Trump has blown that narrative to pieces. By showing the material to those questioning him, he defuses the fight from the left. He just called their bluff. Americans are going to see this as an honest, up front move by the Trump administration. It’s going to really hurt further attempts to politicize the Russia investigations.

In typical fashion[6], the New York Times tried to spin it as if Nunes is the lapdog of Trump. That’s just not true and it is despicable of them to insinuate that. Nunes has been totally professional during all of this and is getting to the bottom of this mess to expose the truth. Neither the media or the left will be able to silence him. The evidence he’s bringing to light could expose a scandal bigger than Watergate. 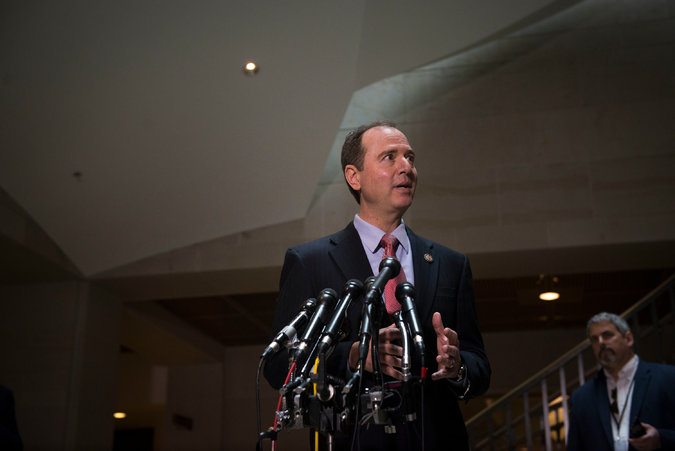 Representative Adam B. Schiff of California, the top Democrat on the House Intelligence Committee, said he accepted an invitation on Thursday to review the same materials that Mr. Nunes had seen. Credit Gabriella Demczuk for The New York Times