BREAKING: Trump Says What Obama NEVER Would About the Ohio State Attacker

Obama has been busy pretending that Islam had nothing to do with the violent terrorist attack that took place Monday at Ohio State University. Donald Trump, on the other hand, is calling it exactly what it is. But he also took it one step further, with a statement that hits right at Obama himself[1]. 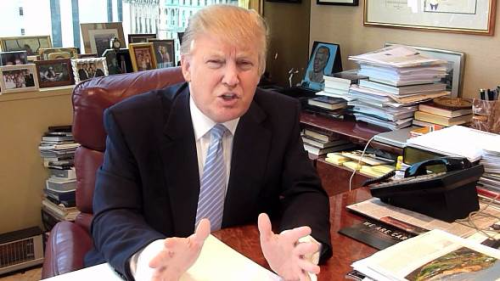 Not long after it became clear that Islam was the motive for the attack, ISIS praised the perpetrator, calling him a “soldier of God.” It also came to light that Abdul Razak Ali Artan was a Somali immigrant. And Trump quickly seized on that fact:

ISIS is taking credit for the terrible stabbing attack at Ohio State University by a Somali refugee who should not have been in our country.

Before the attack, Artan posted on Facebook with a disturbing statement, which law enforcement has released to the public.

“By Allah, we will not let you sleep unless you give peace to the Muslims. You will not celebrate or enjoy any holiday. Btw, every single Muslim who disapproves of my actions is a sleeper cell, waiting for a signal. I am warning you Oh America.”

Trump has frequently criticized Obama’s Muslim refugee program, which allows thousands of refugees to enter the United States, many without any kind of background check or screening to ensure that they weren’t affiliated with any terrorist organizations. Trump has said that he will block Muslim refugees, so that they will be more likely to prevent lone-wolf style attacks.