BREAKING: Trump Wins Round One Against North Korea

The mainstream media would have you believe that President Donald Trump wants to declare war on any country that so much as sneezes in his general direction and that North Korea is his first victim. The fact that he dares to threaten the Koreans with “fire and fury” has their ill-fitting Buzz Lightyear undies in a twist.

But he’s not about to let those weenies dictate his foreign policy, nor should he.

Instead, he’s decided to take the lead and refuses to allow the tubby little jerk in the North to intimidate him like Obama did. 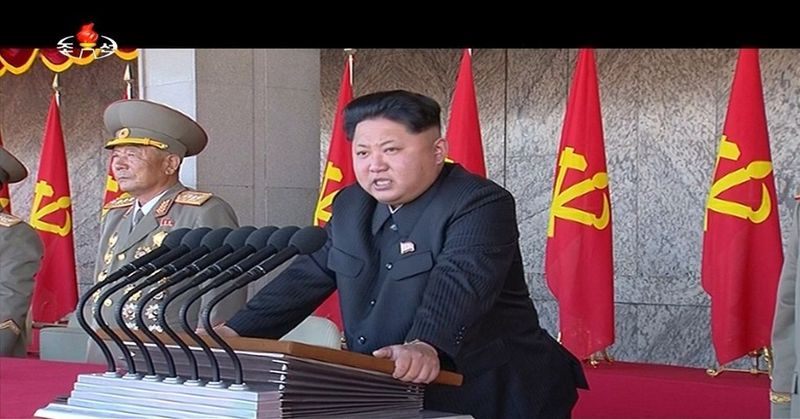 Joel B. Pollak wrote a piece for Breitbart[2] explaining exactly how Trump has scored points against North Korea that the mainstream media refuses to acknowledge.

He first describes how Trump has “radically changed the costs of a potential conflict, for both sides” because generally, two countries who engage in “cold war” type behavior like this don’t fire, because of (MAD) or Mutually Assured Destruction. Trump isn’t going to take Kim Jong-Un’s crap, especially after he threatened to attack Guam. Trump made it clear that any aggression toward Guam would result in return fire which would completely annihilate the small country.

Trump has also taken the pressure off of North Korea’s more vulnerable neighbors like Japan, who hasn’t been safe from the fat moron’s wrath.

Fourth, the Chinese government is now indicating that it will not defend North Korea from a retaliatory strike if the regime attacks the U.S. (which includes Guam). The Global Times, which reflects the view of the Chinese government, indicated that China would stop the U.S. from trying to overthrow the North Korean regime but would not defend North Korea if it struck the U.S. first. That is a significant change from the status quo ante.

What do you think America should do about North Korea? Should we fire first, or should we wait until North Korea hits the button first before we return fire?