Sean Spicer released a statement[1] this afternoon that President Trump will not exert executive privilege to keep James Comey from testifying in front of the Senate Intelligence Committee. I’m glad to hear that. To do so, would be to make Trump look like he was trying to suppress the truth. This way, things are out in the open and above board, the way they should be. Comey is scheduled to testify Thursday. I don’t expect that anything explosive will be revealed. I think most of this is hype.

It will be interesting to see if Comey actually produces that infamous memo that claims President Trump tried to pressure him into backing off the investigation into Michael Flynn. Comey has already spoken with Special Counsel Robert Mueller, who has taken over the investigation into possible collusion between the Trump presidential campaign and Russia, regarding the upcoming testimony. The discussion was reported to have occurred in order to prevent legal issues with what Comey testifies to. Comey faces potential conflicts as the FBI’s investigation into Trump and Russia is still ongoing. He’s walking very thin ice here as Congress is not feeling warm and fuzzy towards him these days. God help him if he gets caught lying.

WASHINGTON, D.C. — President Donald Trump will not exert executive privilege over former FBI Director James Comey as he is set to testify this week on Capitol Hill.

Comey is set to testify[4] before the Senate Intelligence Committee on Thursday regarding the investigation into alleged Russian interference in the 2016 presidential election. Comey was fired as FBI Director last month.

Comey has alleged[5] that Trump suggested he drop the investigation into former Trump National Security Advisor Michael Flynn. Reports citing “sources[6]” state that a memo allegedly records Trump pressuring Comey — although no memo has been produced to date. CNN reported that sources described the memo to them, but that they had not actually seen the memo at the time of their report.

The media[7] is literally salivating over this. They think Comey’s testimony will be explosive. Meh. White House advisers had previously said that Trump was exploring his legal options regarding Comey. That was the smart thing to do, especially when the left is so intent on trying to entrap the President currently in phony scandals.

“There’s nothing Comey could say that would be more damaging than trying to silence him,” one White House adviser told ABC News. I agree. And as I’ve said, I think all of this is mostly hot air. We still haven’t seen any memos and there is no smoking gun here. I just heard a Democrat say on Fox News that they still have nothing on Trump. We’ve been beating this dead horse for eight months… it’s time to move on. Comey is just one more distraction. 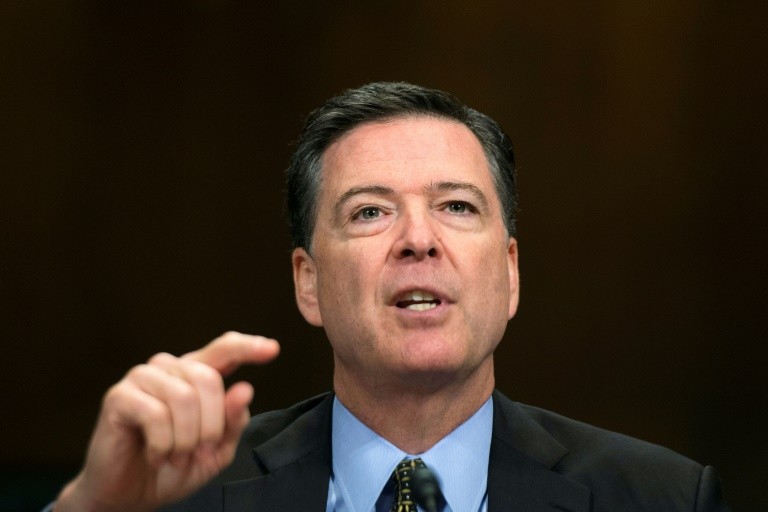