It would seem[1] that Donald Trump has picked his Secretary of State and it is not who anyone thought it would be. I give you Rex Tillerson, CEO of Exxon. John Bolton will be his Deputy Secretary of State. I have to say, I am waaay less than enthused with this pick. John Bolton should have been Secretary of State. Someone with massive experience and who could make our enemies wet themselves in a corner. Instead, Trump is rumored to nominate someone with no experience to speak of in this arena. What he does have experience with is cuddling with Russia. He has had many dealings with Russia and he does not support sanctions on them. He calls them ineffective. Not good.

If this is indeed Trump’s pick[2], Tillerson may not get confirmed. Defense hawks in the Senate are not going to like this choice. Russia is our enemy and we should not be getting so chummy with them suddenly. I don’t relish kicking out the Muslim Brotherhood, only to replace them with the Russians. Trump gave a speech last night that I thought was fantastic, now this. It’s like riding a roller coaster. Tillerson’s links to Russia date back to the late 1990s, when he first met Vladimir Putin in 1999. In 2011, ExxonMobil began a partnership with Rosneft, the government-owned Russian oil company, for exploration in the Black Sea and Arctic. Two years later, Putin presented Tillerson with the Order of Friendship, one of Russia’s highest civilian honors. 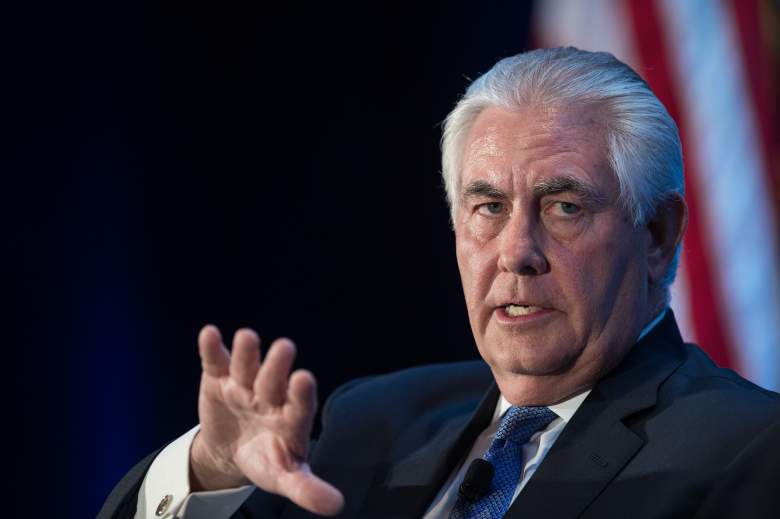 Tillerson had reportedly jumped to the front of the pack of candidates in recent days, despite not being mentioned on shortlists as recently as last week.

Trump transition spokesman Jason Miller said in a tweet[6] Saturday afternoon that there would not be an announcement about the State position until at least next week, though he did not refute the report.

According to the Wall Street Journal[7], Tillerson negotiated an energy partnership with Putin in 2011 that the Russian president said could be worth $500 billion.

The following year, Tillerson received the Russian Order of Friendship, one of the highest awards the country bestows upon foreign nationals.

Reuters[8] reported earlier this year that the Exxon Mobil deal with Russia had been put on hold due to sanctions levied against the Kremlin for its annexation of Crimea in 2014. The company has said it intends to resume the deal after sanctions are lifted — a process that Tillerson could help expedite as secretary of State.

An announcement should come next week. I would urge President-elect Trump to reconsider this choice. He will be fought on it tooth and nail on both sides of the aisle. Tillerson supports a carbon tax, but he has also said that the world will continue using fossil fuels, ‘whether they like it or not’. A carbon tax would be a monstrous move.

Tillerson on a carbon tax:

As a businessman it is hard to speak favorably about any new tax. But a carbon tax strikes me as a more direct … a more transparent … and a more effective approach. It avoids the costs and complexity of having to build a new market for securities traders or the necessity of adding a new layer of regulators and administrators to police companies and consumers. And a carbon tax can be more easily implemented. It could be levied under the current tax code without requiring significant new infrastructure or enforcement bureaucracies.

A carbon tax is also the most efficient means of reflecting the cost of carbon in all economic decisions – from investments made by companies to fuel their requirements to the product choices made by consumers.

Tillerson also supported the Trans-Pacific Partnership. He was also president of the Boy Scouts and pushed aggressively for openly gay youths and counselors to join. If he does become Secretary of State, it will be a first as he has zero experience in government or as a diplomat. All the way around, Tillerson is a bad choice, especially for the powerful position of Secretary of State.