President Donald Trump gets a bad wrap in the media, who is looking to influence your opinion of him to fit their agenda. Unfortunately, a lot of people have been led to think that is the worst possible person we could have ever elected, he doesn’t like women and children, he wants minorities to die, etc.

But when you meet him in person, he’s charming, warm, caring and nothing like the media wants you to believe. The victims of the Las Vegas shooting found this out first-hand when the President and First Lady met with them in their hospital rooms. 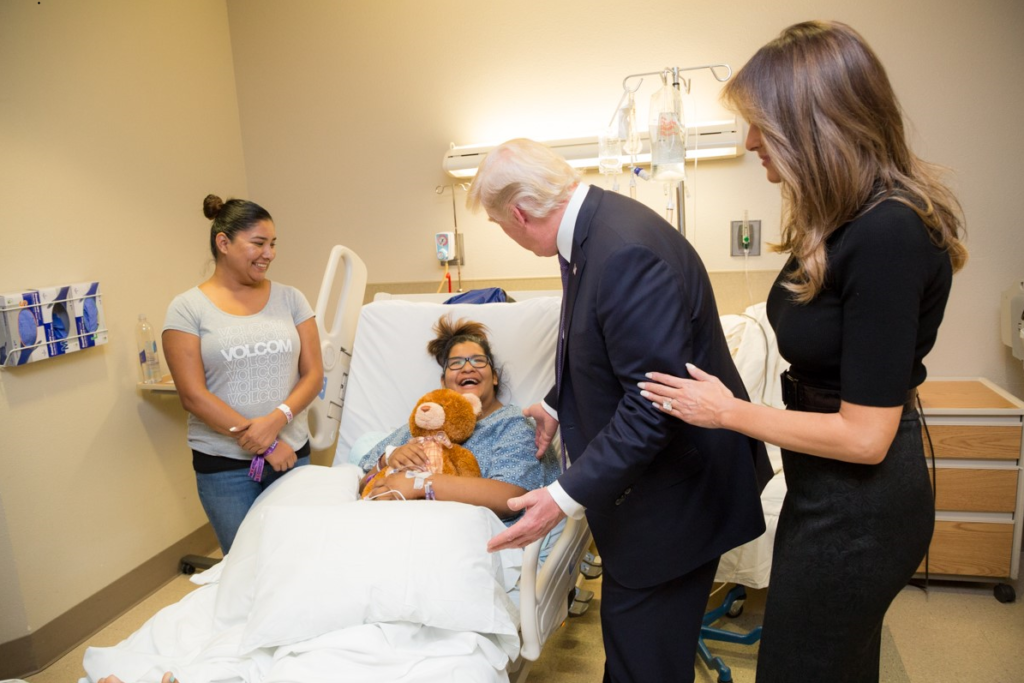 Tiffany Huizar was attending the concert from Santa Cruz, California when she was shot in the stomach and rushed to the hospital for emergency surgery. When she met the President, she was surprised to note that the media portrayed him much differently than the man she saw in her room.

“He was super nice,” she said. “He wasn’t who we see on social media. He was much more comforting. I don’t know his tone of voice and the way he was.”

For those who want to help out, you can find her GoFundMe page here[2]. Because she is “out of network,” her family is concerned that her insurance won’t be of much help and they need all of the financial aid they can get.

Another man, Thomas Gunderson, stood to greet the President despite having been shot in the leg. When asked why he had done that (he had a really good reason to stay in bed), he gave the most tear-inducing and patriotic answer I’ve ever heard.

“I will never lie down when the President of this great country comes to shake my hand!” Gunderson said. “There may be plenty of issues in this country but I will always respect my country, my president and my flag. Shot in the leg or not, I will stand to show my President the respect he deserves!”

The President helped him out of his bed so he could stand, something he clearly wanted to do. 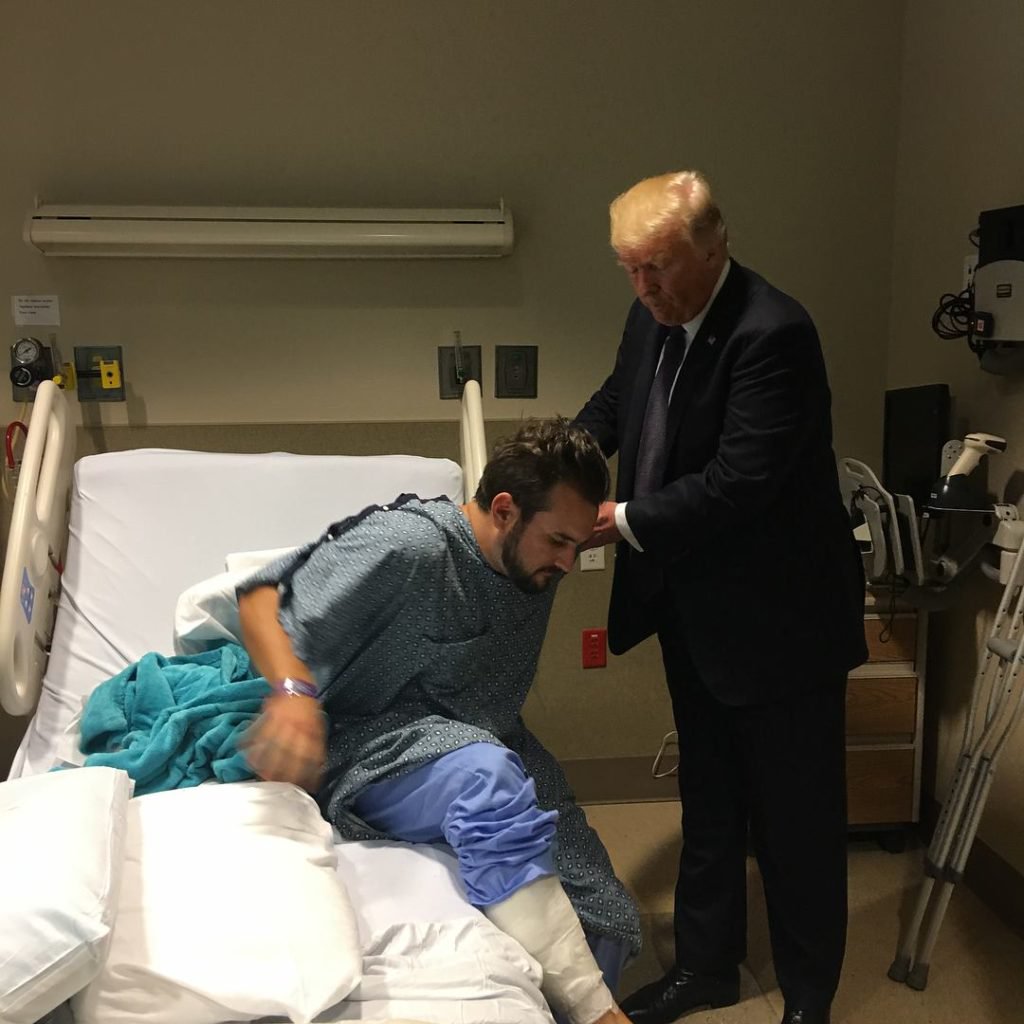 Is the media giving him the props he deserves for this? Probably not. Jimmy Kimmel likely won’t write a monologue about this. Stephen Colbert won’t stop telling his nasty, mocking jokes to give Trump a verbal handshake and commend him for this. Trevor Noah won’t give Trump his heartfelt thanks before continuing on his usual tirades. This will go largely unnoticed, but we know. Americans know that he’s not the monster that the left wants you to believe.

We need to see more of this Trump in our daily lives. He is an amazing man.