Chuck Schumer Talks On Negotiations: Trump Said ‘OK, We Won’t Do the Wall’

I am no longer disappointed when a politician I like or one that I voted for does not follow through on a campaign promise. It is expected at this point. But this one kind of stings for me. Not that I cared about the wall per se, it was more of a symbol that perhaps the country was going on a different track, a different direction. 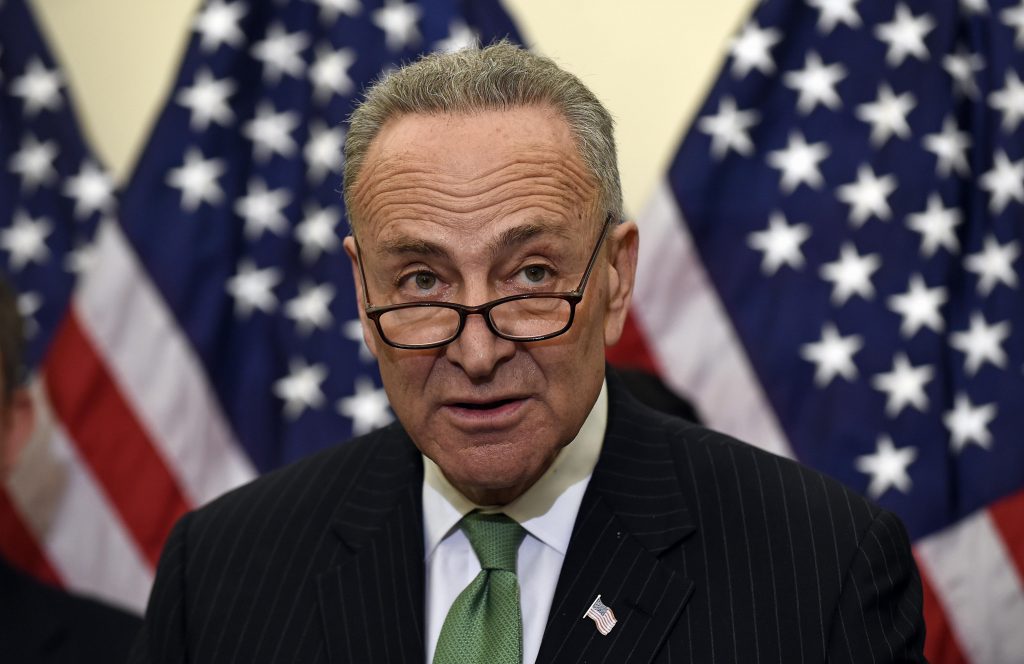 Progressive political podcast “Pod Save America” was on again this week with Senate Minority Leader Chuck Schumer. They talked about a lot of nonsense, but there was this little gem about DACA and border security.

Schumer said, “On DREAMers, he said, you know, that he understood that they didn’t come in through any fault of their own, that they’re good Americans, good kids. And then he said he wants the wall in return. And we said ‘No. No wall, Mr. President.’ And he tried that for about 15 minutes, but he’s not going to push me around verbally or any other way. And he finally said, ‘OK, we won’t do the wall. We’ll do some other kind of border security.'”

Apparently the President is willing to negotiate on the wall. Whatever, it’s not like it was the slogan people chanted at his rallies or like millions of people voted for him to do exactly that or anything. I mean if that were the case, that would just be awful. I’m not sure why the President would back down on something like this. Here is the entire podcast if you want to make your ears bleed. You can skip to the end when Senator Schumer takes a break from screwing the country and makes an appearance.

I guess it’s not all bad. The numbers do show[6] that the President is taking immigration seriously, especially when it comes to deporting people with criminal charges on their records.

All in all, what should I have expected? Trump is not the savior of the country, he’s just a self-interested billionaire that sometimes gets it right and mostly gets it wrong. At least he’s not Hillary Clinton or Barack Obama or Chuck Schumer himself.

The real sad part is that I won’t dress up as the Donald again this year at Halloween parties and do my hilarious impression of him. That was a waste of a 13-dollar wig.