CNN’s Cuomo: ‘The Media Cannot Yield, We Must Be Trump’s OPPOSITION!’ [VIDEO]

Chris Cuomo is a biased hack.[1] That’s just the blunt truth and coming from his Leftist lineage, I’m not shocked by anything he says anymore. Not that I ever listen to his spewage. Cuomo is now saying that the media cannot yield, that they must fact check President Trump every minute of every day, because they just don’t know what he is going to do. Well, glory freaking hallelujah! I want the media to not know what our President is going to do from minute to minute. He says the media has to be Trump’s opposition… but if it had been Clinton, it would have been another lovefest with hot and cold running propaganda. No thank you.

This is the media declaring war on Donald Trump. I actually believe they are going to regret that. Their job is to report the news in an unbiased fashion. Not to be a President’s ‘opposition’. This is exactly why Americans now despise and distrust the media. They have become the enemy – the Fourth Estate. Cuomo is enraged that the Hildabeast was beaten by President Donald Trump… an unconventional Republican at that. So, he’s playing tough guy with Trump. You know, you should not pick a fight with a guy who is a New York brawler. You are liable to be picking yourself up in pieces off the floor. 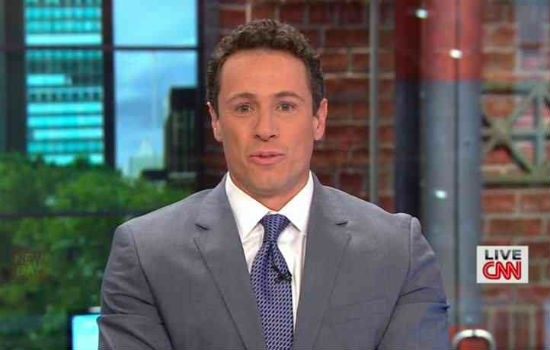 According to CNN’s Chris Cuomo, it is the media’s job to serve as the “opposition” to President-elect Donald Trump’s incoming administration.

On CNN’s New Day Wednesday morning, Cuomo vowed to oppose[3] Trump’s policies, and stated he feels it is the job of the media as a whole to treat the next president of the United States with hostility.

Per Cuomo, “The media cannot yield. This administration is going to demand constant fact-checking and opposition.”

The CNN anchor, who is the brother of New York Gov. Andrew Cuomo, and the son the of late New York Gov. Mario Cuomo, said the reason for his belief is, “Because otherwise, you don’t know which way it’s going to go from day to day. That’s just a fact.”

Cuomo made his comments during a discussion with New Day co-host Alisyn Camerota and CNN political director David Chalian.

Cuomo was joined by another Democratic hack, CNN Political Director, David Chalian. He’s the guy during Hurricane Isaac that got caught on a hot mic saying that Republicans were “not concerned at all. They’re happy to have a party with black people drowning.” That was in 2012. He was fired by Yahoo! News for that screw-up. Less than a year later, CNN hired him and then promoted the guy. Who says being an idiot doesn’t pay.

If you will remember, during this election, CNN was branded as the Clinton News Network and with good reason. They were dumbfounded when she lost to Trump and the shock still hasn’t worn off. Cuomo joined CNN during the 2012 presidential election. He falsely claimed in October that it was “illegal” for CNN viewers to read documents published by WikiLeaks, many of which contained private conversations between members of Clinton’s presidential campaign and inner circle. WikiLeaks may have illegally gotten the info., but there was nothing illegal about Americans reading it after it was dispersed. Lame. “Also interesting is, remember, it’s illegal to possess these stolen documents. It’s different for the media. So everything you learn about this, you’re learning from us,” he said. Again, nuance. It’s illegal to hack and steal the data, but once it is in the public domain, it’s out there. And the media is no exception, by the way. If it were illegal to have the data after dispersal… it would be illegal for the media as well.

No wonder Trump despises these guys. I don’t blame him for smacking them down. They are hostile, biased and unmitigated liars. They are enemies within.