Donald Trump has received heavy criticism, especially from career politicians who don’t like his impromptu Twitter sessions and off-the-cuff style of speaking. But he’s being defended by none other than the brilliant Condoleezza Rice[1]. 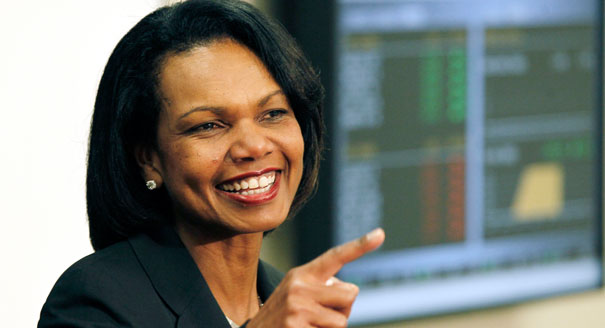 She also urged caution and for people to not judge him too quickly. “While the language may be different, and we might talk about needing to deal with policy, I think you’re going to see … that Americans’ interests in values are always linked,” she continued. “It’s early days in this administration. Let’s remember that.”

Rice argued that it was vital for the United States to protect itself from cyber intrusion and that Russia needed to be viewed as a “hostile power.” While the United States needs to maintain a decent relationship with Russia, she still stressed that “any interference in our election has to be investigated — and not just investigated to see what happened but to see how it doesn’t happen again.”

Mueller will get to the bottom of Russia’s interference in the presidential election, according to Rice. Mueller served as FBI director while Rice was serving in the Bush administration. But she doesn’t think that we should dwell on the investigation in the meantime. “[W]e need to go about the business of governing because that’s really what the American people want,” she said.

Not everything she said about Trump was necessarily positive, though. She cautioned Trump to not view everyone as someone that he needs to make deals with, using North Korea as an example. “While Kim Jong Il was a dictator, and someone that we couldn’t ultimately do a deal with,” she said, “we have to worry that Kim Jong Un might be even more reckless than his father was.” She stressed that North Korea cannot be allowed to gain nuclear weapons.

Do you agree with Condoleezza Rice?