I have never liked Corey Lewandowski.[1] He is a vile person. When he was fired from Donald Trump’s campaign, I said he was not really let go… he was a plant at CNN for Trump. You can’t blame Trump for that. He needed the intel and plus, Trump’s kids don’t like Lewandowski. Immediately after Trump won the Presidency, Lewandowski quit CNN. He’s now rumored as a possible candidate as Chief of Staff for Donald Trump. That would be a bad call, but who knows? Corey has a way of surviving everything, sort of like a cockroach.

Other people being considered for the position of Chief of Staff include Trump’s campaign chief Steve Bannon and Republican National Committee Chairman Reince Priebus. Campaign Manager Kellyanne Conway and Deputy Campaign Manager David Bossie have also been mentioned as possibilities. Conway is the only one that makes sense here. I guess we will see. 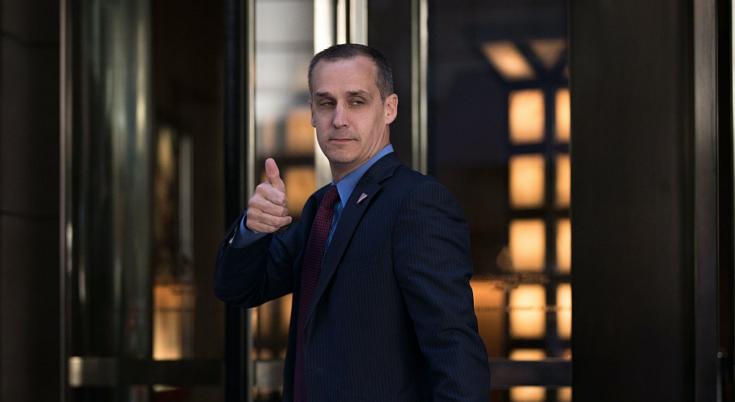 Other than Donald Trump himself, no one in the Trump campaign was more controversial than former campaign manager Corey Lewandowski. After being fired from the campaign in June, he was hired three days later by CNN as a political commentator.

“I don’t think in January of 2015, when I signed on to become Donald Trump’s campaign manager to lay the foundation, anybody thought at that time Donald Trump was going to be elected President of the United States tonight.

That is what is going to happen. It’s unequivocal, the numbers are there. He is going to be the President of the United States.”

Although he was fired by Trump amid controversy[4], the often-combative Lewandowski has remained loyal to his former boss—and as reported by The New York Times[5], is being considered to serve as Trump’s chief of staff.

It will be interesting to see how Donald Trump fleshes out his cabinet and those who will surround him. I have no doubt it will be entertaining to say the least. Whether it will be effective is to be seen, but I do believe Trump wants to go down in history as one of the greatest presidents ever.

He’s already cutting dead weight (no pun intended) by sidelining Chris Christie. He replaced him with Mike Pence to head his transition team. BridgeGate was just too in the news. Corey Lewandowski would be a mistake as well… he’s not likable, he’s arrogant and he’s difficult to work with from what I understand. But I’m sure that Trump will find a place for him as he has remained loyal.