Looks like Team Trump[1] devised a plan where Bill Clinton’s three accusers would be sitting in the Trump Family Box and would have forced a confrontation between Bill Clinton and his alleged victims. It was devilishly clever and was cooked up by Steve Bannon (of course) and Jared Kushner – Ivanka Trump’s husband. If it had panned out, there would have been epic fireworks. Clinton dodged meeting the women at the last moment by walking out to greet Melania Trump.

Rudy Giuliani admitted to the botched plan. “We were going to put the four women in the VIP box… We had it all set. We wanted to have them shake hands with Bill, to see if Bill would shake hands with them.” That seems beneath Giuliani… I mean I expect nothing less from Trump and Bannon, but Rudy? A fourth woman was also in the mix… Kathy Shelton, who was 12 years-old when she accused a 41 year-old man of rape. Hillary Clinton defended the scumbag and laughed when she got him off. Reality TV almost. 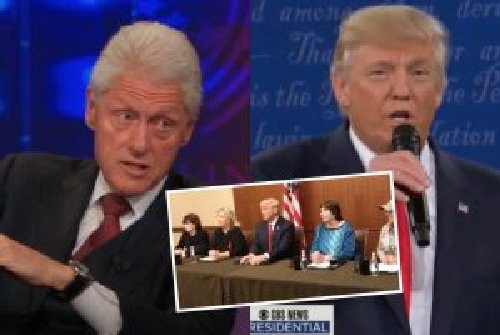 According to The Washington Post, debate officials from the bipartisan Commission on Presidential Debates intervened late Sunday to thwart a plot that would have pinned Bill Clinton up against three woman who have long accused him of sexual abuse of assault.

The plan was allegedly, but perhaps unsurprisingly, devised by Stephen K. Bannon of Breitbart and the Trump campaign, along with Ivanka Trump‘s husband Jared Kushner.

The Trump camp had hoped to pin the women — Paula Jones, Kathleen Willey and Juanita Broaddrick — into a situation there they had to greet the former President live and on national television cameras. Instead, Clinton walked out and greeted Melania Trump just as he had done before the first debate at Hofstra. Trump’s three oldest children also made the walk out.

The debate commission’s co-chairman and the former chairman of the RNC, Frank J. Fahrenkopf, put the kibosh on the whole elaborate trap. “Fahrenkopf tartly warned a Trump staffer that if the campaign tried to put the four women in the family box, security personnel would remove them, according to people with direct knowledge of the conversations,” WaPo reported. These are the same women that Trump met pre-debate and live streamed on Facebook.

Giuliani came clean[3] and admitted that they pulled the stunt before it could happen. “We pulled it because we were going to have a big incident on national TV,” he said after the fact. “Frank Fahrenkopf stopped us and we weren’t going to have a fight on national TV with the commission to start the debate.” While Clinton’s accusers have a right to confront the man, this was hardly the time or place to do it.

I totally get why Fahrenkopf stopped this insanity. This was supposed to be a debate on the issues, not a publicity stunt. We haven’t heard much on any of the issues at all this election cycle. Instead, we get theatrics and skulduggery on both sides of the political aisle. America… are you not entertained? 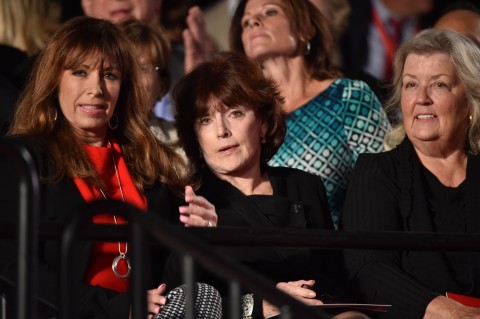