Attorneys for the ACLU[1] are claiming that federal customs agents are defying a court order from a judge over President Trump’s travel ban for refugees from certain countries. They claim the agents are ‘siding’ with President Trump. Yep, they are siding with the rule of law and the President. Not some rogue judge who is defiant. However… word has come out that the court ruling will have little, if any, effect on the ban[2].

That won’t stop the left from screaming over this or the media from blowing it up and lying about it. The ACLU is having a literal meltdown[3] over it. Too freaking bad. Just listen to the alarmism here: “Rogue customs and Border Patrol agents continue to try to get people on to planes,” Becca Heller, director of the International Refugee Assistance Project, told reporters on Sunday. “A lot of people have been handcuffed, a lot of people who don’t speak English are being coerced into taking involuntary departures.” Wow… that’s pretty hot rhetoric for agents who are just doing their jobs. 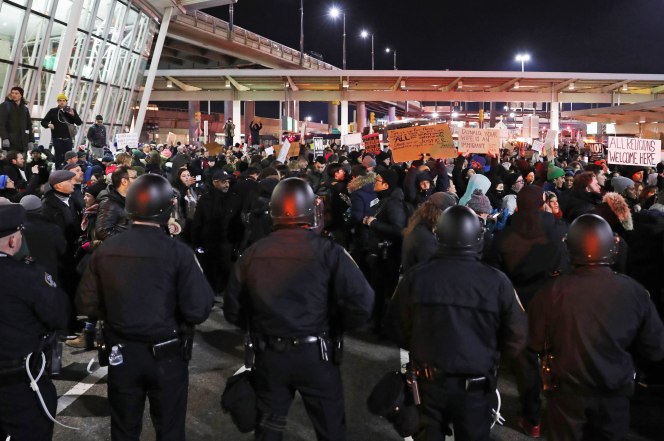 The ACLU is getting “multiple reports” that federal customs agents are siding with President Trump — and willfully ignoring a Brooklyn federal judge’s demand[5] that travelers from seven Muslim countries not be deported from the nation’s airports.

“The court’s order could not be clearer… they need to comply with the order,” Omar Jadwat, director of the ACLU’s Immigrants Rights project, told The Post late Saturday.

“It’s enough to be a serious concern,” Jadwat said of the reports.

DHS says that[6] the judge’s court order will not affect the overall implementation of the White House executive action. It evidently affected a small number of travelers who were inconvenienced by security procedures as they returned. DHS issued the following statement: “President Trump’s Executive Orders remain in place — prohibited travel will remain prohibited, and the U.S. government retains its right to revoke visas at any time if required for national security or public safety.” That sounds pretty cut and dried to me, AND definitive.

Stephen Miller, a senior adviser to the White House, said that nothing in the judge’s order, “in anyway impedes or prevents the implementation of the president’s executive order which remains in full, complete and total effect.” End of story there. As for the media saying agents went rogue… only in their fevered imagination. Nice try guys, but there’s a new sheriff in town and he’s not backing down over your threats. 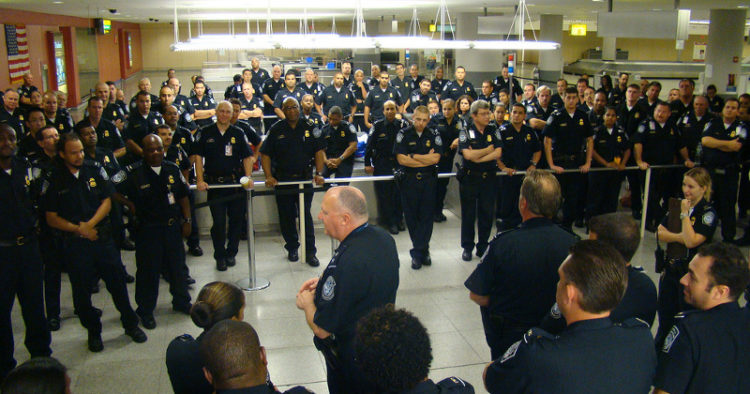