Democrats are in an absolute uproar regarding the Robert Mueller investigation into President Trump and any potential collusion with Russia during the Presidential election. While there has been absolutely no evidence to prove that he did, in fact, enlist the help of a foreign government to secure his election win, Democrats will absolutely not let this go. They’ve gone so far as to cite sources that were not thoroughly vetted to try to sway public opinion against Trump. In fact, they put together a fake dossier to try and ensnare Trump.

I’m looking at you, ABC.

But now they’re afraid of something else entirely. According to Democratic Representative from California Jackie Speier, Trump is set to give a YUGE speech and it may involve Mueller.

“The rumor on the Hill when I left yesterday was that the President was going to make a significant speech at the end of next week. And on Dec. 22, when we are out of D.C., he was going to fire Robert Mueller,” she said in an interview with local California media. Really? You are an idiot… I’ll explain in a sec.

Speier is part of the House Intelligence Committee (a misnomer if there ever was one) and she says that Trump is attempting to shut down the investigation into Russian influence in the election and says that this is based on the lack of interviews scheduled to take place in the next year. I don’t know about that, perhaps people are just tired of being forced to chew on this nothingburger for the last year and you can’t find anyone to interview because nothing happened? Just throwing that out there because it seems like no Democrat in the media has been intellectually honest with themselves enough to consider that a possibility. Back to the idiocy… Trump can’t fire Mueller. That would have to be Rosenstein. Trump would have to fire Rosenstein and put someone in his spot that would be willing to fire Mueller. Rosenstein and Trump have both said they are not going to fire Mueller. Pity, but that’s the way it is.

“Republicans have scheduled no witnesses after next Friday and none in 2017 [sic]. We have dozens of outstanding witnesses on key aspects of our investigation that they refuse to contact and many document requests they continue to sit on,” said ranking committee member Representative Adam Schiff, who is concerned that Republicans are going to try to shut down the investigation by the end of the year. He just doesn’t want it to end because then Schiff will sink back into obscurity. Sorry, Schiff… this nothingburger is for you.

Speier isn’t alone in ginning up panic on the left. Obama’s former ethics czar, Walter Shaub, came out this weekend and said he is “stocking up” on “gear” in order to “take the streets” in the event that President Trump removes Robert Mueller as special counsel. A whole list of celebrities followed in his considerable wake. All of them threatening revolt if Trump dares to do what they say he’s going to do. Shaub also had this to say: “The coordinated effort by President Trump and his surrogates to discredit the Mueller investigation raises serious alarms. Rather than making themselves complicit in this assault on the rule of law, Members of Congress should send a clear message to the President that firing Mueller is a red line he must not cross.” He also called for Trump’s impeachment.

“I’m concerned the assault on the rule of law is coming over the holidays when we’re distracted. It‘ll be a defining moment for the Republic,” Shaub wrote on Twitter on Friday. Shaub is an Obama appointee and a political hack. He quit his position earlier this year in protest against President Trump. Then he circulated an advertisement for an event sponsored by MoveOn.org, the left-wing activist group. The event is a “rapid response protest” that will form on short notice if Trump removes Mueller from office. “Please note that the listed date is a placeholder and will be updated to be within 24 hours of the firing, should it occur,” reads MoveOn’s notice.

In October, Press Secretary Sarah Huckabee Sanders stated that they had “no intention or plan to make any changes in regards to the special counsel.” Trump said that again last night and again today. How many freaking times does he have to say it? The left is really hoping he fires Mueller so they can revolt. Sorry to disappoint you guys.

So, what do you think? Is Trump going to fire Mueller and more importantly, SHOULD he or can he? I personally think it would be a bad look for the Republicans and Trump himself to shut down an investigation before Mueller decides to end it, because it gives Democrats ammunition to use in 2020. That being said, I’m getting awfully tired of having my tax dollars go to investigate something that after one year has no evidence of ever happening. It’s really tempting to say get rid of the guy, but this too shall pass. 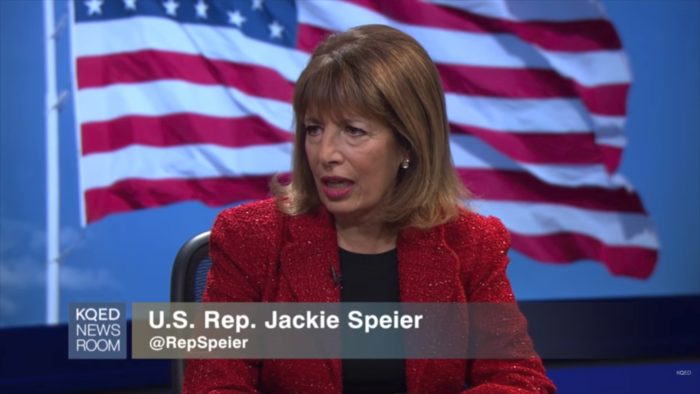