Democrats have been talking impeachment since the moment Donald Trump was inaugurated. Still, it’s mostly been a joke on Capitol Hill, with not many politicians willing to seriously float it as a viable option — until now. A Democrat just stood up in front of Congress and called for Trump to be impeached[1]. 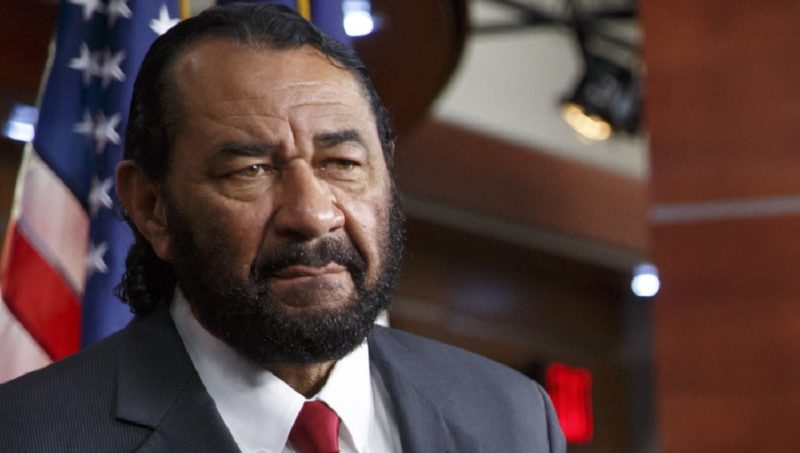 On Wednesday, Rep. Al Green (D-TX) stood on the House floor and argued that Trump needed to be impeached. “It’s a position of conscience for me,” Green said. “This is about what I believe. And this is where I stand. I will not be moved. The president must be impeached.” Strangely, the people Green will have trouble convincing are not Republicans, but Democrat leaders, who are hesitant to move forward with such a drastic step. But Green isn’t about to back down.

“I rise today, Mr. Speaker, to call for the impeachment of the President of the United States of America for obstruction of justice,” he said. “We cannot allow this to go unchecked—the president is not above the law, it is time for the American people to weigh in.”

Rep. Al Green calls for Trump's impeachment: 'No one is above the law and that includes the president' pic.twitter.com/Ayh4AqJ7Bp[3]

Impeachment rumors have begun to swirl in earnest after a report in the “New York Times” which claimed that Trump asked now-fired FBI Director James Comey to cease his investigation into the former National Security Adviser Michael Flynn.

Green is already arguing that he will move forward with impeachment proceedings, although he said he will wait a few weeks before he begins. And with Republicans holding both houses of Congress, it’s not likely that Green will be successful — already, he earned himself a rebuke with his impeachment speech. “Members are reminded to refrain from engaging in personalities toward the president such as accusations that he committed an impeachable offense,” Rep. Brian Fitzpatrick (R-PA) said in response.

Even Democrats weren’t standing behind Green. Rep. Adam Schiff (D-CA) said, “No one should rush to embrace the most extraordinary remedy for removing a president.” If even Democrats won’t stand behind Green’s call for impeachment, then that doesn’t bode well for the success of his mission.