This is simply despicable[1] and totally in keeping with Chris Murphy’s character. The Democratic Senator decided the best way to protest President Trump’s ban on Syrian refugees was to tweet a picture of a three year-old Syrian boy who drowned in 2015 while trying to flee the country. Now, we use dead children to drive our political points home it would seem. What a dirt bag.

I don’t see Murphy freaking out when Islamists kill Americans. No… he blames it on guns. I don’t see him getting upset as ISIS beheads and crucifies children every chance they get. But he would welcome them as unvetted refugees into our country. Exactly whose side is Murphy on? 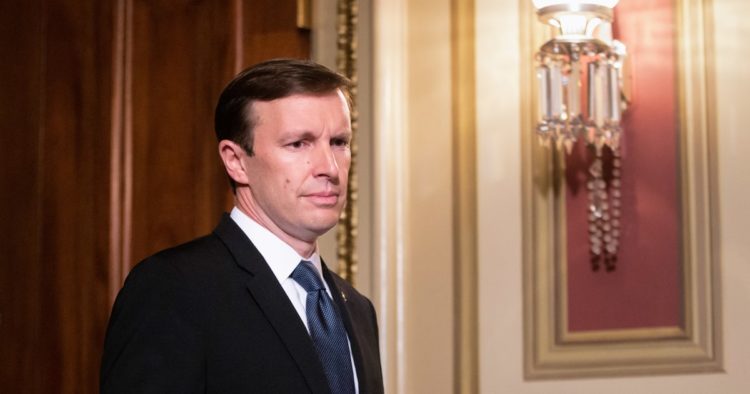 Senator Chris Murphy reacted to President Trump‘s immigration order banning Syrian refugees from entry into the U.S. by shaming his colleagues in Congress with a photo of a dead Syrian child: 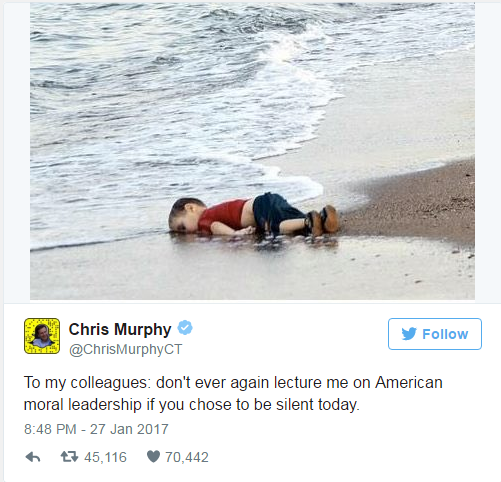 That picture tweeted is of Alan Kurdi, a 3-year-old Syrian boy who drowned when his parents were trying to flee the country.

Murphy got some criticism on Twitter for posting that photo, along with some people pointing out that Kurdi died in 2015 when Barack Obama was still president. 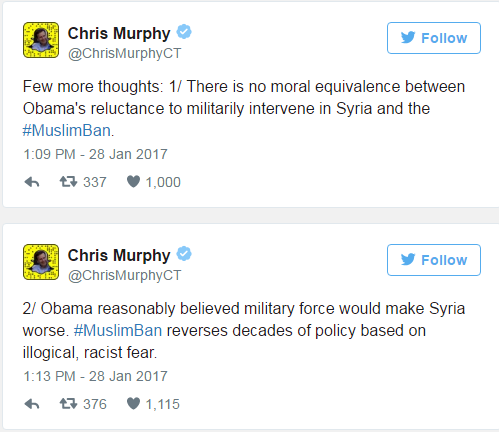 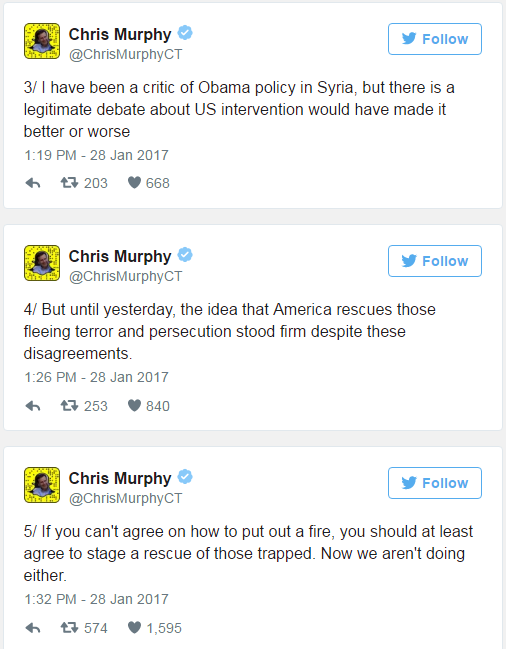 Connecticut Sen. Chris Murphy (D)[6] says he thinks his Republican colleagues in congress can be persuaded to oppose the new president’s decisions — in part because Murphy doesn’t believe Senate Republicans really support Trump’s crackdown on immigrants and refugees, even if their current statements and actions suggest otherwise. Then you sir are a fool. Republicans overwhelmingly support the freeze on refugees as extreme vetting is put in place. You can be in denial all you want, but that is the reality here.

“Republicans are, by and large, very good people who care about the future of their country. In their hearts, they disagree with the things that Trump is doing,” Murphy says in an interview on Saturday. “It’s understandable that during the first seven days of [Trump’s] administration they don’t want to make big, ugly breaks with him.” You just don’t get it do you? Trump is doing this exactly because HE DOES care about the future of this country. We don’t want dead Americans in the streets like on 9/11 and we don’t want to be conquered from within.

Murphy thinks he can shame Republicans into turning against President Trump. That’s not going to happen. He is calling this a Muslim ban… it is not. It is a ban on refugees from specific countries that are terrorist hotbeds. All that needs to be done is thorough vetting so that we can ensure terrorists are not getting in. Yet, that is too extreme for Murphy. Too freaking bad.

Murphy had this bull crap to say:

There is an Islamophobic wing of the Republican Party, and there are others who have historically rejected bans based on religion. [Vice President] Mike Pence was one of them, as was [Speaker of the House] Paul Ryan. There are many Republicans who do object to this policy, but have chosen to be silent so as not to get cross-wise with Donald Trump. I’ve frankly been surprised by it.

Trump is trying to make the ban sound more palatable by limiting it to countries that sound menacing. But no refugee from those programs has committed an act of terror on US soil, and yet the countries that have posed those threats to the United States — like Saudi Arabia — are not on the list.

That is not true. There have been crimes and terrorist attacks by Somali refugees on American soil. Chris Murphy is a Marxist and a liar. He’s not above using dead children as a weapon. Just think what else he would stoop to.