Democrat Thugs Do the UNTHINKABLE to Trump Sign Property Owner

Liberals hate Donald Trump, so they’ve been enraged that there are Trump supporters out there willing to openly show that they like someone that liberals hate. But what these two men did[1] was downright despicable.

Two Latino men decided to joyride around town stealing people’s Trump signs. Unfortunately, one woman saw them trying to steal hers and ran out to try and stop them. Rather than dropping the idea of stealing the sign and moving on to an easier target, the two thieves went after the woman. 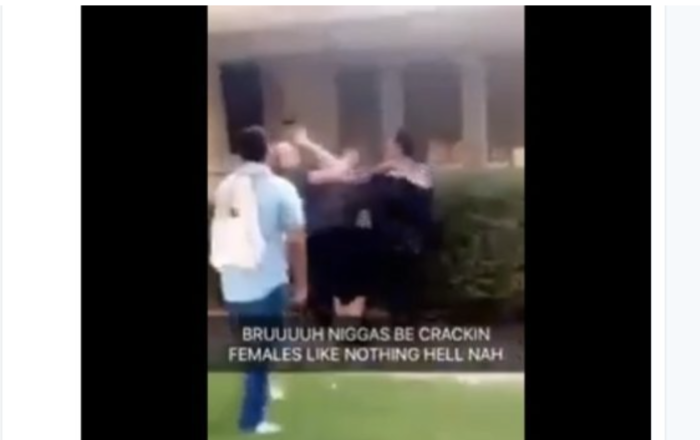 They physically attacked the owner of the sign, beating her while someone else taped the attack instead of calling for help or intervening. An entire crowd of people watched, cheering and cursing, while an innocent woman was assaulted by two men. And as if that wasn’t bad enough, the entire attack was filmed and then posted online. You can see it below (caution for language):

They have to go back. pic.twitter.com/OyposTGCH3[3]

At least one of the thug’s faces is clearly visible in the video, so share it so that they can be found and arrested for this despicable crime. And in the meantime, Trump supporters might want to follow this homeowner’s example[5]:

One Trump supporter put a Trump sign on his lawn, but it kept getting stolen. So he decided to take matters into his own hands. He also set up some hidden cameras, so he could catch the thief in action next time it happened. And sure enough, some idiot came along and tried to steal the sign again. But this time, they got a nasty surprise.

It’s sad that someone would need to booby trap a political yard sign, but this is the world we live in right now. Tolerance is a value that is preached, but rarely practiced.