While it is true[1] that Sebastian Gorka is a brilliant man and the left hates him with a white hot fury, I am not a huge fan of his. He did an interview with Breitbart where he discussed the Donald Trump Jr. meeting in June of last year with a Russian attorney. He deflected and said that we should instead be reviewing the fact that Hillary Clinton actually sent one of her operatives to the Ukranian embassy to collect research to use against Donald Trump in the election. I have no idea whether that is actually true or not. It probably is.

I will say this… using the argument that Hillary did it first, doesn’t sit well with me. We all know she is a corrupt dirt bag. But that doesn’t justify someone on our side doing the same thing. The difference here is that according to Donald Trump Jr., he never took ownership of any information on Clinton. It was a ruse to discuss Russian adoptions and it was a lobby effort. Clinton’s people actually gathered information according to reports. In the end, it is not illegal either way and it is common for politicians to gather intel on the other side. At issue here is taking research from a hostile foreign power to influence an election. 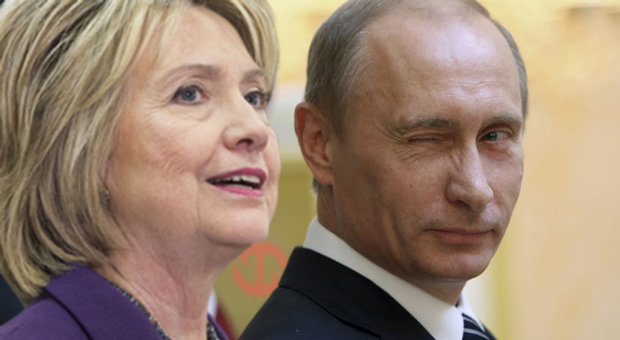 Dr. Sebastian Gorka, deputy assistant to President Trump, spoke with Breitbart News Daily SiriusXM host Alex Marlow on Wednesday about the declaration of victory[3] over ISIS in Mosul, the efforts of some states to challenge Trump’s travel ban despite a ruling by the Supreme Court, as well as efforts by Ukrainian officials[4] to help Hillary Clinton in the 2016 election.

Regarding the latest news of a meeting[5] between Donald Trump Jr. and a Russian lawyer, Gorka said, “Let’s compare that to the DNC, to the Hillary campaign that actually sends[6] one of its operatives to the Ukrainian embassy to collect oppo research, to actually collect it and then coordinates with members of that foreign government attacks on our campaign.”

“So again,” continued Gorka, “the news media would have you look at something that doesn’t exist, while the actual real news story is never given any time on channels such as CNN.”

Gorka does have a point that the media totally ignored what Clinton did and in fact, they buried it. She has mountains of scandals and they are focusing on the mole hill of hyped Trump-Russia collusion. Now, I do not stand with Gorka on his insistence that nothing exists – that is for investigators to determine. This is why I want President Trump investigated and cleared. Otherwise, this is going to drip on him and keep him from getting anything done at all.

Both sides are accusing each other now of using the Russians to screw up the election. We all agree that the Russians are our enemy… Trump needs to quit playing nice with them. Thank God he backed off that insane cybersecurity team initiative. But I fully believe that Putin was playing both sides. He didn’t care who won – he would influence the election results either way. He wanted to create chaos and upheaval and he has certainly done that. The media has no credibility here because they ignored Clinton’s Russian scandals such as Skulkovo and the uranium deal. They need to back off, let the investigators do their job and stop hounding the President at every turn. Because it just might bite them in the behind before we are through.