What Donald Trump Forced the Press Corp Following Him to the Golf Course to Do is Hilarious! 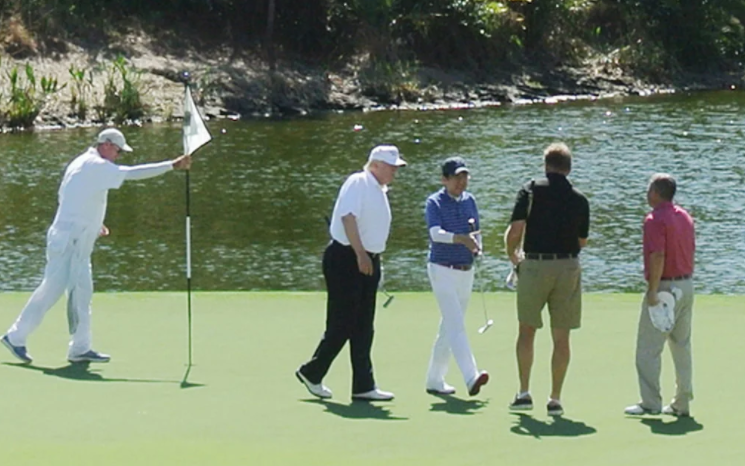 It is no secret that Donald Trump and the media are not exactly besties. In fact, it almost feels like a middle school drama of mean girls versus new kids on the block. But this new kid is not afraid to stand up for themselves. And that is exactly what happens when Donald Trump goes golfing only to be followed by the media. So, he took action in a really interesting way.

According to the Independent Journal Review[2]:

Occasionally, someone in the left-media will become lucid, as when The New York Times’s Frank Bruni wondered recently if the Democrats might be getting played by Trump. Democrats and the media are practically synonymous anymore, so that was probably as close to media self-awareness as we’re likely to get anytime soon.

On Saturday, President Trump went out for a round of golf with Japanese Prime Minister Shinzo Abe. Media bias rules dictate that when the occupant of the Oval Office is a Republican, it’s alright to complain about him golfing.

Naturally, the press corps tagged along with the president and prime minister, but when it came time to hit the links, Trump wanted some privacy…so he banished the media to the basement…

Trump's press corps has been placed in a basement suite at Jupiter golf club. Black plastic over windows to give Trump privacy as he golfs. pic.twitter.com/8zbqi5HGSD[3]

Some think it was the perfect response while others still are infuriated these men and women were treated so harshly. At the end of the day though…. does it really matter??