President Trump has good reason[1] to be incensed at the mainstream media… it has been weaponized against him. He says fake news is now at an all-time high and I would agree. It is getting harder and harder to tell what is credible and what isn’t anymore, even for those of us who are submersed in politics.

Probably the biggest thorn in Trump’s side at the moment is the fact that the leftist 9th Circuit Court struck down his travel ban. This issue is on its way to the Supreme Court where I believe the President will prevail on the issue. But in the meantime, the press is jumping up and down and screaming about how racist and ineffectual Trump is. None of it is true, but they’d sure like you to buy into it. It’s a good thing the President has Twitter where he can actually defend himself and make his true thoughts known. 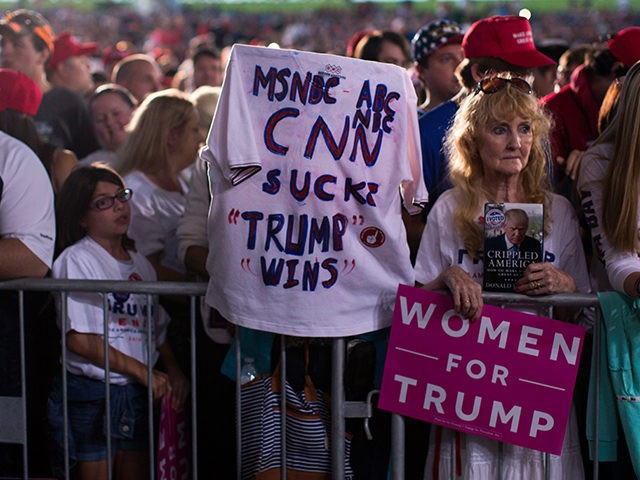 President Donald Trump continued to condemn “fake news” on Twitter, accusing the media of getting the story wrong.

“Fake News is at an all time high. Where is their apology to me for all of the incorrect stories???” he wrote on Tuesday morning.

The president highlighted former Attorney General Loretta Lynch’s decision to get involved in Hillary Clinton’s FBI investigation and condemned the 9th Circuit Court for ruling against his travel ban.

But the majority of his criticism was for the media, recently reporting that Trump was thinking of firing special counsel Robert Mueller. More reporters mocked Trump’s on-camera cabinet meeting Monday in which they thanked the president for the opportunity to serve in the administration and gave an update on their progress.

“The Fake News Media has never been so wrong or so dirty,” he wrote. “Purposely incorrect stories and phony sources to meet their agenda of hate. Sad!”

The media has also been spreading the rumor that President Trump is thinking of canning Special Counsel Robert Mueller in the Russian investigation. The White House is hotly denying that allegation and Trump is calling out the media for ginning up the issue. Then there are the so-called journalists who made fun of Trump’s cabinet meeting yesterday. Funny, they never bothered to say a thing about Obama’s, not that he held many of them.

Trump is never going to get treated fairly by the media. That should be obvious to everyone by now. He should ignore them and do what he needs to do. They are going to lie and print incorrect stories. Americans no longer trust the media at all and Trump should be more concerned with voters than the media. I will say this though… in all my years in politics, I have never seen the level of hate that is now out there against this President. It’s downright frightening.

The Fake News Media has never been so wrong or so dirty. Purposely incorrect stories and phony sources to meet their agenda of hate. Sad!

Fake News is at an all time high. Where is their apology to me for all of the incorrect stories???

Well, as predicted, the 9th Circuit did it again – Ruled against the TRAVEL BAN at such a dangerous time in the history of our country. S.C.