Entire Fed Dept Resigns – They Were Created By Obama, Hadn’t Met Yet Under Trump 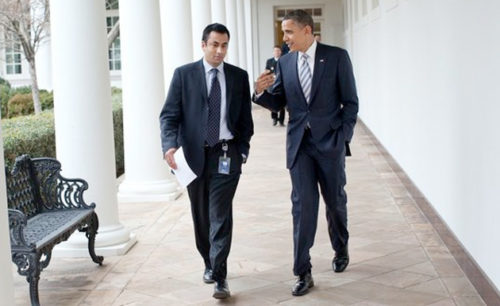 It’s being widely reported that Kalpen Suresh[2] Modi, or Kal Penn, as he is known in the convergent hipster worlds of higher educational elitists and the cinematic arts, resigned from the President’s Committee on the Arts and Humanities, based on the events at Charlottesville. Yes, he and the entire rest of the committee, a total of 17 people, resigned because they somehow believe that Trump had something to do with the mayhem there.

The only problem with the reporting on this is that it forgets to mention which President put them on the committee. All of them were appointed by Barack Obama. None of them had even yet met with President Trump. So, the fact that they resigned is irrelevant. They aren’t Trump’s team, so what difference, at this point, does it make?

Of course Liberal Twitter exploded in praise for the oh-so-clever letter, which included the word RESIST spelled out by the first letter in each paragraph. Wow, that’s so cool that these folks can stick it to Trump by making cute little word puzzles out of their resignation letter. They must be some really talented artists to be so tricky with those letters!

All joking aside, let’s get some things straight Kal and company. First, you were not appointed by Trump. Your exit is fairly meaningless. Second, what happened in Charlottesville was a horrible tragedy resulting from two extreme Leftist factions encountering each other. Charlottesville was Left on Left violence. All the ideologies present that day were from the Left. Trump has absolutely nothing to do with that tragedy. But your side, with its tolerance of extreme Left ideology, does. Third, America has more important things to think about than a few disgruntled Liberal artists exiting a committee in a huff.

Take your Leftist Supremacist views elsewhere. They don’t represent Americans. And they certainly aren’t needed by the President. He’s got lives to protect and criminals to hunt down. We will be okay without you. Buh-bye!

Dear @realDonaldTrump[3], attached is our letter of resignation from the President's Committee on the Arts & the Humanities @PCAH_gov pic.twitter.com/eQI2HBTgXs[4]