EXCLUSIVE: A Black Pastor Saved Donald Trump From Being Bitten By a Poisonous Spider in the White House Yesterday

We rely on the Secret Service to be on the top of their game and protect the President’s life at all times, even when he is sleeping, but they can’t catch 100% of threats. Some slip through unseen. Some deadly threats are small enough to escape notice. Sometimes it takes a pastor to save the day. At times, it’s the smallest of enemies that take their foes down.

This was proven yesterday when Pastor Mark Burns caught something that may very well have slipped right into President Trump’s shirt and made him very, very ill if it had bitten him. Perhaps it was providence and Pastor Burns was just the man to save the President yesterday. If you aren’t familiar with Pastor Burns, he was labeled by Time magazine as “Donald Trump’s Top Pastor” and named one of the “16 People Who Shaped the 2016 Presidential Election” by Yahoo News. Looks like he just made the news again. 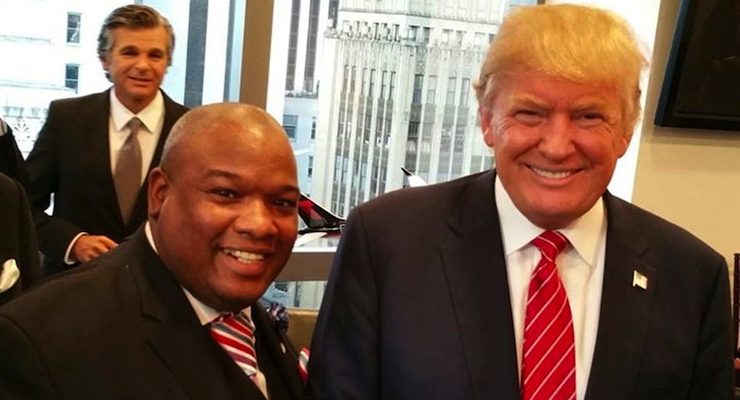 Right Wing News’ Tiffiny Ruegner received a text from Pastor Burns detailing his act of heroism. And it was certainly that and more.

“I SAVED THE PRESIDENT’S LIFE TODAY!!!” Burns wrote jokingly. “Lol. I SMACKED the President on the back hard in the Oval today when a HUGE White Spider was crawling fast up his back towards his head!!!!!”

It’s not rare for spiders to seek refuge indoors during the fall and winter months, as their food supply has become scarce and they are seeking the warmth and shelter of homes. That being said, not all spiders are created equal. And frankly, as far as I’m concerned, the only good spider is a dead one. Better safe than sorry when it comes to arachnids.

“It was pure Instinct,” he continued. “I just told POTUS I have his Back. I just proved it again literally!!!! I was screaming PLEASE Secret Service don’t shoot me, there was a HUGE Spider running towards his Head.”

No worries, the Secret Service did not shoot him and there is now one very dead, poisonous spider. One good back slap and that spider was toast. 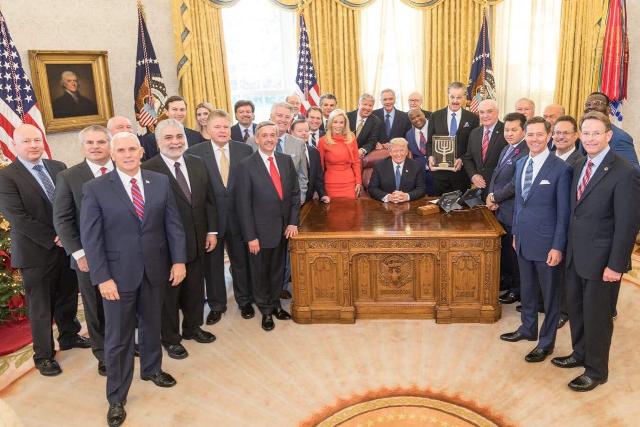 Given the fact that this kind gentleman just slapped the President for no apparent reason, that’s probably a legitimate fear to have! Thankfully, they knew that Burns wasn’t trying to hurt President Trump, who was curious to know what exactly happened to his unwarranted visitor.

“He turned around and said ‘Did you Kill it????'” Burns continued. “I showed him the spider he started smiling. I was like ‘OMG!’ Everyone started laughing. I don’t think anyone has ever hit the President in the Oval Office before.”

As cute of a story as this is and as funny as the situation was, the spider itself was no laughing matter and not cute in the least.

“It’s been confirmed that it was a poisonous Yellow Sac Spider,” the text concluded.

For those who don’t know, the Yellow Sac Spider is poisonous, though not necessarily deadly to a fully grown man. That being said, the President doesn’t have the benefit of age on his side, so it is unknown exactly what would have happened if the spider did end up biting him. They are necrotic. For more information on the Yellow Sac Spider, you can go here[2] and see for yourself. But it should be noted that anyone bitten by a spider like this on the neck or head is more at risk of ill effects because of the location of the bite. And different people react in different ways to a spider bite.

And for those of you who are morbidly curious enough to wonder about the aftermath of the squishing, there is a picture. I celebrate the ‘deadness’ of this spider. They creep me out and I am very relieved that it did not get a chance to sink its fangs into President Trump. It’s a good thing President Trump has lots of people looking out for him… especially Pastor Burns and God. 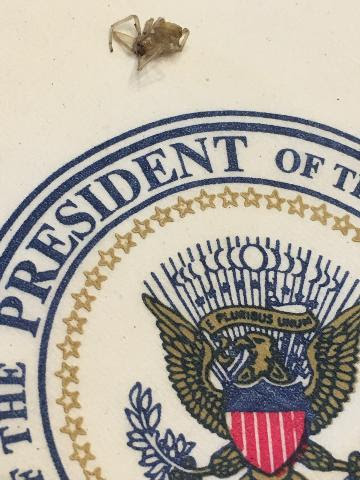 God bless Pastor Mark Burns for his service to the President and for literally having his back. He didn’t flinch and did Trump a great favor. The President has a true friend in the good pastor. Who knew that spiders could so easily make it past the Secret Service? This makes me cringe.