New Hampshire used to be a Republican state…[1] but over the years has morphed into one of the top ten liberal states out there. Donald Trump had an uphill battle there from the beginning… but now he is leading Clinton in that state: 43 to 41 percent. That slight lead could make all the difference in this tight election.

Gary Johnson is holding onto 7 percent in the state and could act as a spoiler, but I doubt it. From what I’m hearing, New Hampshire will go to Donald Trump. It’s uber tight in the race for the Senate as well with Republican Sen. Kelly Ayotte having an edge over her Democratic rival Gov. Maggie Hassan. Ayotte is at 46 percent and the governor is at 44 percent. We are still four days out from Election Day… I look for Trump’s lead to extend, as well as Ayotte’s in that state. 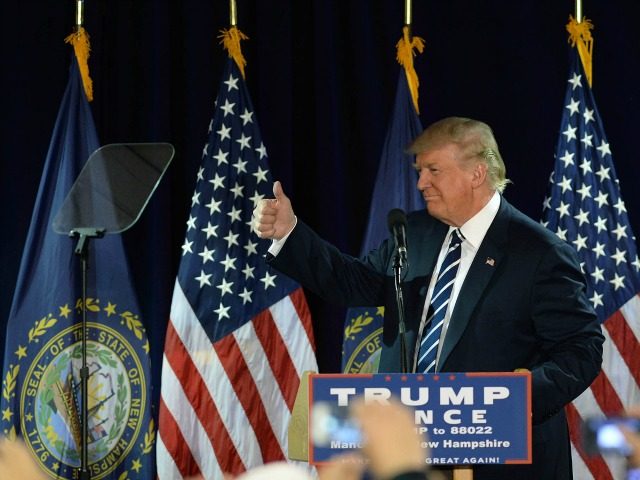 Trump is at 43 percent to Clinton’s 41 percent, according to the poll conducted Nov. 1 and Nov. 2 with 1,001 registered voters.

“New Hampshire was once one of the most solid Republican states, but on the presidential level it has become a real battleground state,” says Doug Kaplan, the managing partner of Gravis Marketing[3], the Florida-based polling firm that executed the poll. The poll carries a 2 percent margin of error with a 95 percent level of confidence.

“It is a small state, but because most of its population is in the Boston media market, it is an expensive state for any campaign,” he said.

The vast majority in New Hampshire think Obamacare is a failure. An even greater majority think Comey had a great reason to reopen the investigation into Clinton’s email scandal and corruption. They also say it definitely has an impact on their vote there. Results were split over whether Obama should pledge not to pardon Clinton. As were results on whether Clinton should accept a pardon or pardon herself.

New Hampshire is a very, very strange state. Regardless, I believe that the sentiment runs with Trump in that state. Basically, voters are just fed up with the establishment and Trump is what they are left with. Next week will tell the tale. I sill believe that with the corruption surrounding Hillary, Trump will win. It’s going to be very, very tight though.