Earlier this month[1], Garth Brooks said he would be honored to perform at President-elect Trump’s inauguration ceremony. But he hadn’t been asked yet. I guess someone on the Transition Team was listening, because it looks like he’s been asked. Rumor has it that Brooks is in discussions with Trump’s people to perform at his Inauguration ceremony. Garth Brooks, who is arguably the most famous country musician of all time, has performed for five other presidents on both sides of the political aisle. Right now, he’s in Hawaii, but he is booked in Cincinnati, Ohio the day after the Inauguration. Should be a simple trip from DC there after the historic event.

I wouldn’t believe everything you hear out there… the left is claiming that Trump is having trouble getting talent to perform on his big day. I highly doubt that. You probably won’t see the likes of Beyonce and Stevie Wonder… good freaking riddance. I still wonder if KISS will be in the lineup. I guess we’ll see. No celebrities have been announced yet, but that should happen before long. January 20th is approaching and fast. 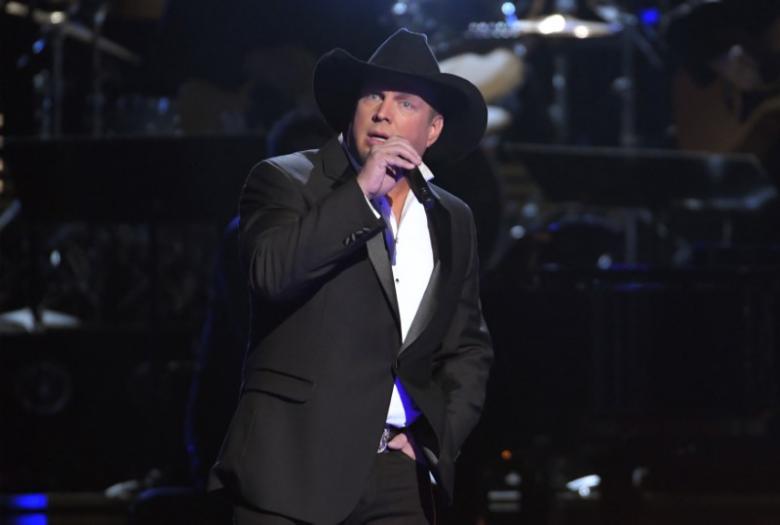 Country star Garth Brooks is in discussions to perform at the inauguration of U.S. President-elect Donald Trump, the singer’s representative said on Friday, as organizers of the event denied media reports that they were struggling to find A-list stars to take part.

Brooks, 54, one of the world’s best-selling solo artists, performed for Democrat Barack Obama’s inauguration in 2009, along with a line-up that included Bruce Springsteen, U2, Beyonce, and Stevie Wonder.

“Garth has performed for the five living presidents,” his publicist Nancy Seltzer said on Friday. “While rumor has it that he has been asked to perform for President-elect Trump, he has not been able to commit yet.”

No celebrities have yet been announced as taking part in the Jan. 20 inauguration.

Brooks, a Country Hall of Famer with U.S. sales of more than 135 million albums, is currently in Hawaii as part of a world tour. He is due to perform in Cincinnati, Ohio on Jan. 21 – the day after the inauguration in Washington.

Asked on camera by celebrity website TMZ earlier this week if he would sing for Trump, Brooks replied “It’s always about serving. It’s what you do.”

Garth Brooks had sense enough to keep his political opinions to himself during the election. Talent and brains… an incredible combination. Hollywood trade publication Variety suggested on Friday that the Inaugural committee would have its work cut out trying to match the celebrity turnout for Obama in 2009 given the opposition of much of Hollywood to Trump. I just don’t believe that. Not all of Hollywood is leftist and there are quite a few who support Trump.

Boris Epshteyn, communications director for Trump’s Inaugural committee, on Friday denied it was having problems assembling talent. “We have world-class talent, world-class entertainers reaching out to us offering their help, offering their services so no struggle, whatsoever,” Epshteyn told ABC television news. The theme for Inaugural Day is a no-brainer… “Make America Great Again,” Trump’s signature slogan.

The committee said Trump would attend two official Inaugural balls on Jan. 20th, down from the 10 attended by Obama. “This is a workman-like inaugural. This is not a coronation,” Epshteyn said. “And you’ve seen some inaugurals in the past that maybe did seem like a coronation. Again, it’s every president’s choice. This president wants to get to work.” Nice slap at Obama and a great start to things.