By Far The Best Speech In His Political Career!

Donald Trump arguably gave the best and most stirring speech[1] of his political career last night. Before you think I’ve changed my mind on Trump, you probably should hear me out. His speech was powerful… and terrifying. The speech promised to bring the lid down on America with brute force. Even his final song said it clearly… you may not always get what you want, but you’ll get what you need. If Donald Trump is elected, he will rule like a mob boss with an iron fist. And the crowd cheered as he spoke… these same people decried Barack Obama when he ran with his catchphrase, “Change we can believe in.” Instead, the crowd yelled at Trump that “yes you will!” It was eerily reminiscent of 1930’s Germany. Sorry, but what we saw last night was the speech of a strongman… a wannabe dictator in the making. 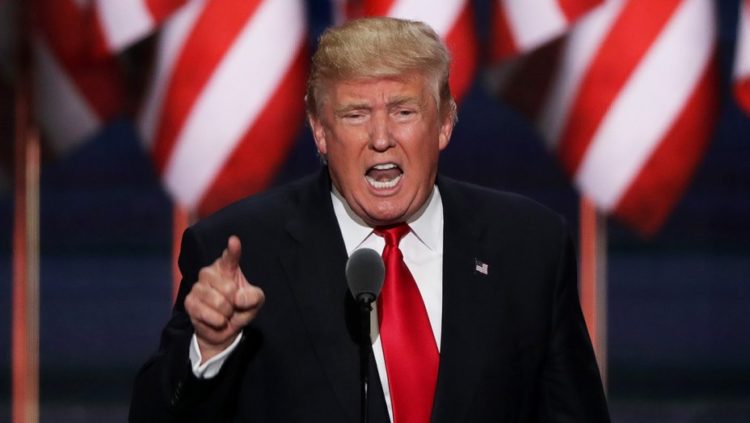 “I humbly and gratefully accept your nomination for the Presidency of the United States.”

Donald Trump chose the perfect time and the biggest stage to deliver what was by far the most eloquent, detailed, and devastatingly on-point speech of his short political career.

In the hour and 15 minute speech, Trump laid out his vision for America and the stark contrast it presents with the status quo offered by the Democrats.

Trump vows we will be a country of law and order. Just how do you suppose he will do that? That speech last night was chilling… it was terrifying and yet the audience applauded and cheered. When you have a candidate that says he is the only one who can save the nation and solve our problems… you had better look out. He’s not saying ‘we’, he’s saying ‘he’. Stunningly, Bill Maher got it right. He looked like Mussolini. Trump is whipping crowds up with anger. He’s preaching vengeance and justice. He says he will be America’s champion, but at what cost? Yes, it was a great speech and his children gave good ones too. Charismatic leaders throughout history have given great speeches. But those that mix nationalism and populism, always end badly. America has made a fatal choice this time.