What a liberal shrew.[1] A woman and her husband got kicked off a flight shortly after being seated before take off. They sat next to a quiet man by the window. The elderly woman asks the man if he is in town for the Inauguration or the protests. He tells her he’s there to celebrate democracy. Well, that set her off and she laid into him because of President Trump.

Flight attendant: “Is there going to be a problem?”

Woman: “There will be, I would like for him to change seats for someone who did not…”

Flight attendant: “Well, you don’t have that right.”

Good for that flight attendant. What a rude piece of work this woman is. Intolerant and hateful. She got exactly what she deserved. The rant continued: “You pretend you have the moral high ground. You put that man’s finger on the nuclear button. That man doesn’t believe in climate change. Do you believe in gravity? Did you know that gravity is just a theory?” This woman is just full of liberal bull crap. 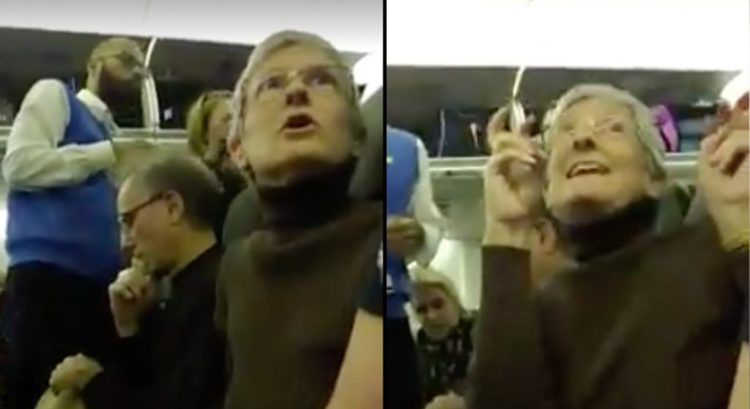 Every traveler has been there: You just went through a nightmare at the security desk, where all of your belongings were strewn across a table while a TSA agent pulls out a bottle of sunscreen that you’d forgotten was in your bag.

You raced to the terminal, fumbled around for your boarding pass, squeezed your knees into your minuscule seat, and you just want to pop in your headphones and relax. And then the person next to you starts talking. Sigh.

But for one Seattle-bound man, the seat mate he encountered leaving Baltimore-Washington Thurgood Marshall Airport in Maryland was far more of a nuisance[3] than he could have ever imagined.

Scott Koteskey had just settled into his seat when he says[4] the woman next to him asked if he was in the area for the Inauguration or the protests.

Koteskey claims[5] that he replied, “I came here to celebrate democracy, ma’am.”

Clearly sensing that this woman was not yet finished with him, Koteskey grabbed his phone and started recording her reaction.

Another attendant came to get the woman and her ever silent hubby to leave the plane over all this. She then said she had paid for her seat and would not leave… she intended to sleep in her own bed that night. She also pulled a standard liberal tactic to excuse her behavior saying her husband’s mother had just died and that they should have some respect. Respect is given when it’s earned, not because you believe you deserve it, lady (and I use the term very loosely).

The couple was escorted off the plane. The woman dawdled as long as she could and made a huge scene. Her husband must have been mortified. As they left there was applause and chants of “USA!, USA!” As for the man by the window… a very nice Democrat sat next to him and they had a great conversation about free speech. That’s how it should be. 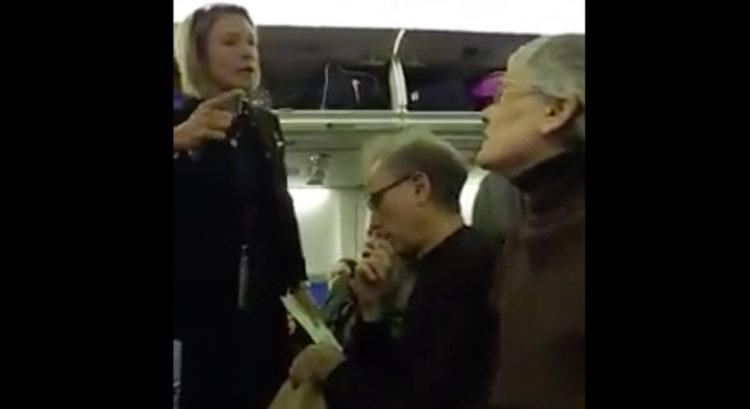 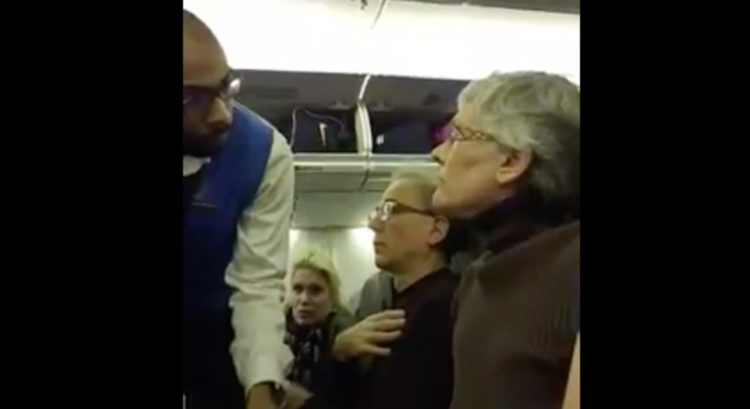