During Their First Meeting Face To Face, Trump Presses Putin On Election Meddling

You had to know that one of the only things the media would be interested in regarding the Trump/Putin meeting would be the discussion (or perhaps lack thereof) of election meddling.

Despite their best efforts, they’ve never been able to prove that the Russians are the reason that Donald Trump is the President of the United States. That wasn’t going to stop them from waiting with bated breath for the men to launch into maniacal laughter and admit that the 2016 was a giant plot of the Russians to take over our beloved country.

However, that’s not exactly what happened. 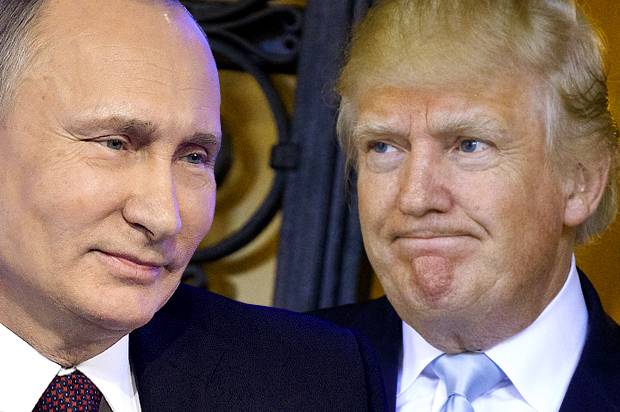 What actually happened, according to CNBC[2], was Trump opened his meeting with Putin with questions about meddling by Moscow in the 2016 election. According to the media outlet, he pressed the Russian President on the matter, as well as their country’s involvement in the Ukraine.

Trump started by “raising the concerns of the American people” over Russian meddling and “pressed” Putin on the issue “on more than one occasion,” according to Tillerson. Putin again denied trying to influence the election. Tillerson called the meddling a “hindrance in the ability of us to move the U.S.-Russia relationship forward.”

Likely, the more extreme media (CNN and MSNBC) will call this “lip service” to the people who are concerned about potential meddling, but I don’t think so. Now I’m not Trump’s biggest fan, if really a fan at all, but if he really wanted to make Democrats and liberals squirm in their shoes he would have joked around with Putin about how ridiculous the accusations are, but he didn’t. He made a genuine effort to get information from Putin. That should tell you something.