Flynn At The Ready To Testify Against Trump: ‘He Ordered Me To Contact Russians’ 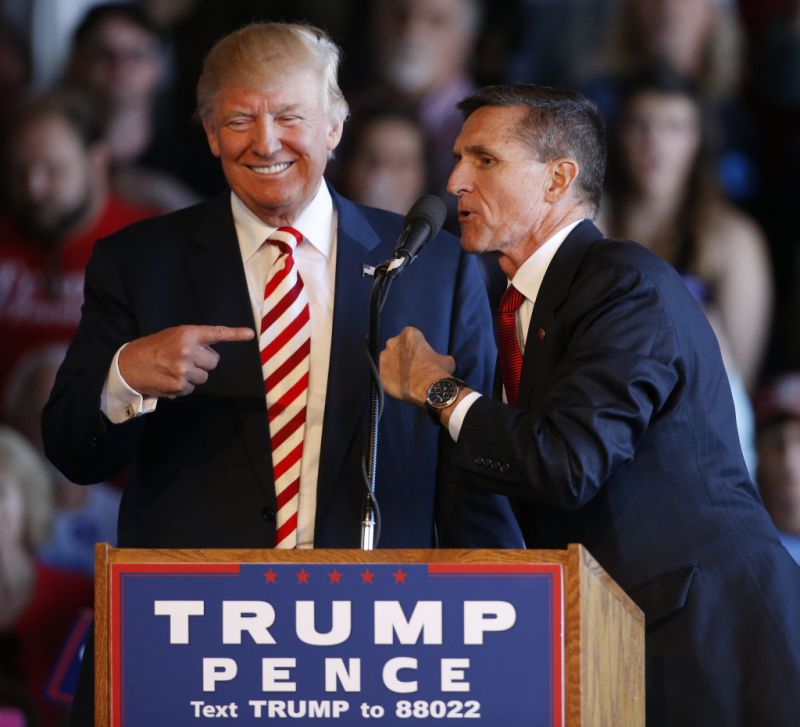 Looking back, I think even Trump knew that Flynn was a shady player.

One of the few news outlets who hasn’t lost half their staff to sexual harassment is now giving new information on the Michael Flynn case.

General Michael Flynn was the White House National Security Adviser in the Trump administration before he resigned over allegations of lying to federal authorities about the role of the Russians in the Presidential Election of 2016 and things are now moving fast as he just this morning pleaded guilty to lying to the authorities, in relation to the same trouble that caused him to lose his new job with Trump.

Previously, Flynn was an official in the Obama White House and was one of the first Trump hires to drop out after it was found that he had made allegations about conversations that never happened, concerning the previous Ambassador to the United States from Russia and Ivanka’s husband, Jared Kushner.

Earlier today, we reported on the official response from Trump’s attorney Ty Cobb (no, not that Ty Cobb), who said that the guilty plea given by Flynn contains no information that concerns or would reflect badly on Trump.

But, now ABC News’ Brian Ross has contradictory information: Ross is saying that Flynn has promised “full cooperation” with Robert Mueller who was appointed by the Department of Justice to oversee the investigation into the allegations of Russian interference and that he will give testimony that will demonstrate that Trump, still a candidate, “directed him to make contact with the Russians.”

Further, Ross states that this will contradict everything that Trump “has said at this point” and that it seems to be the result of Flynn’s pile-up of legal bills.

Back in March, Trump tweeted that Flynn should foremost be looking for immunity, saying that he is the victim of a witch hunt:

Mike Flynn should ask for immunity in that this is a witch hunt (excuse for big election loss), by media & Dems, of historic proportion!

In February, right after Flynn’s resignation, Rush Limbaugh spent some time on the topic, suggesting that the Flynn issue was a “political assassination.” Flynn had worked four different jobs for Obama, starting in September of 2011, and that he is a Democratic Party member, but with the reputation of a hawk. Rush said of the media’s attack on Flynn: “…they are going to do everything they can to get Trump out of Washington and out of the White House and out of office.”